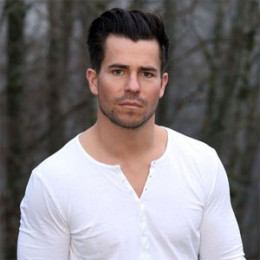 Oliver Mellor is a former personal trainer and British actor, well recognized for his appearance as Dr. Matt Carter in ITV soap opera Coronation Street from 20 August 2010 but left the show on April 5, 2013, after a 3-year contract with the show.

Oliver Mellor was born on 30 Jan 1981, Windsor, Berkshire, United Kingdom. He was born to his father Phil Mellor, an hotelier and mother Marilyn Mellor, a flight attendant. He also has an older sister. Mellor holds British nationality and is of White ethnicity.

Mellor graduated from the Webber Douglas Academy of Dramatic Art in 2005. His career began after he started participating in several varieties of plays.

From 2003 to 2005, Oliver Mellor performed in different stage shows for productions such as Prince of Tyre, The Man of Mode, Twelve Angry Men and so on. His first TV role was on the Doctor Who episode Army of Ghosts. In 2006, he appeared as Torchwood Institute employee Matt in the penultimate episode starring Billie Piper.

Later, Mellor portrayed the character Det. Monroe in the late night Hollyoaks spin-off Hollyoaks: In The City, and in ITV's The Royal, as Dr.Fitzgerald.

In 2007, he appeared in BBC soap EastEnders as Geoff. In the same year, he also made a guest appearance in three episodes of ITV soap Emmerdale as Ricky Walsh as well as Matt in an episode of the second series of E4 drama Skins.

In 2008, Mellor made his guest appearance in BBC daytime soap Doctors as Jack Smith in the episode Love Will Find a Way.

In Feb 2011 he made a guest appearance in an episode of Midsomer Murders portraying the character of Julian Woodley in the episode 'Fit For Murder.'

Moreover, he has also played the character of Dr. Matt Carter in ITV soap opera Corporation Street. Mellor signed for an initial four episodes during the exit storyline of Natasha Blakeman.

In Jan 2014, Oliver Mellor dated Kym Marsh, an English singer, and actress. However, their relationship couldn't go the distance and broke up.

Later, Mellor married a lingerie model, Rhian Sugden. They married in 2014. Since their marriage, the pair is living a happy life and were also seen enjoying their vacation.

Oliver Mellor earns a decent amount of money as an actor. He has made his appearance in numerous movies and television series including, The Royal, Doctor Who, Skins, Coronation Street, Father Brown, Scene from an Execution, Terrorism, Man od Mode Twelve Angry Men and many more.

According to sources, the cast of Coronation Street earns £40,000 on average annually, whereas the veterans earn £250,000. Likewise, he must have been paid somewhere around that amount for his contribution.

Oliver Mellor married Rhian Sugden. She is well known as a model who has appeared for various brands.