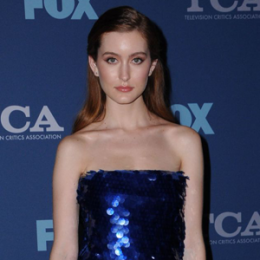 Olivia Leigh Macklin aka Olivia Macklin is an American actress. She is best known from the American sitcom LA to Vegas in 2018 and The Young Pope in 2016. She recently signed for the TV show which is bound to add some milestone in her young career.

The actress is currently dating Christian Eble. She posted a picture of him on her Instagram account and announced her relationship with him.

Olivia Macklin was born in the USA on 16 March 1994. She belongs to white ethnicity and holds American citizenship. She hasn't revealed about her parents. Although once on her Instagram account she has posted the photo of her father wishing him on Father’s day.

The actress attended the New Trier High School in Winnetka. She grew up in the northern suburbs and from Fordham University in 2016, Olivia graduated with B.A. in theatre performance.

Olivia Macklin started her career not a long time ago. But in just merely three to four years of time, she reached the height of her popularity. In 2014, she appeared in the video called Nothundoras: Springbreak.

After that, she got her breakthrough in an episode of a musical comedy called Sex&Drugs&Rock&Roll as Emma.

Macklin has also acted as Madre in the American TV drama Young Pope in 2016. Her other project includes Radium Girls which was scheduled to be on air in 2017.

She played the role of Nichole in the American television mockumentary family sitcom Modern Family which was created by one of the executive producer Steve Levitan.

Many of you might not know that her mother and the executive producer of the show Steve went to high school together. While she was performing in Modern Family, she was constantly reminded of home. 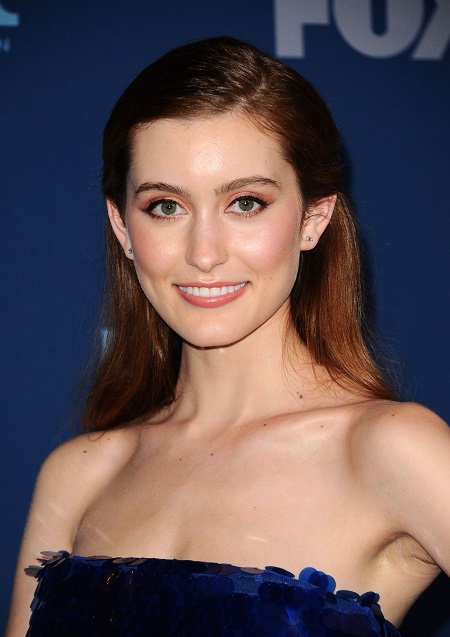 She recently starred in HBO's The Young Pope. From January of this year, she is playing the role of Nichole Hayes in Fox TV series, LA to Vegas. She enacts the role of a stripper who usually boards the Jackpot Airlines for her work.

When Macklin first got the role, she said,

"I tried to do research but found there’s really not a lot of comedic strippers out there."

In the American sitcom, she shares the screen with another actress Kim Matula and Dermot Mulroney.

Olivia Macklin's net worth is still under review. Being an actress, we can assume that her net worth is not less than thousands of dollars.

According to the sources, the average salary of the character of comedy TV show LA to Vegas is $72k. So we can guess that her salary is also around $70k per season.

The actress is not secretive about her personal life. She frequently posts pictures with Christian on her social media account. 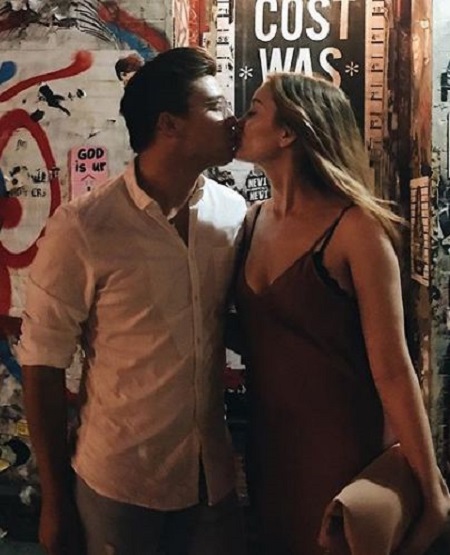 On 15th February 2017, she posted a picture with a guy named Izzy Comet on Instagram. In the picture, she is seen in the arms of the guy and captioned the photo Love You, Valentine. But as soon as she started dating Christian she removed the picture with Izzy.

She is now happy with her present boyfriend. Olivia posted a picture on her Instagram account with him and captioned it, Come back to me soon my dove!. Look at the lovebirds in a post below:

Until next time, Starfish. I miss you already

Check out the video of Olivia Macklin at Nights with Platanito,