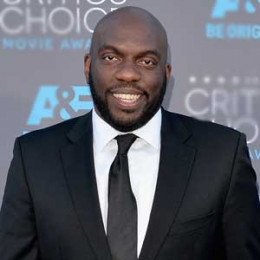 Omar J. Dorsey is an American movie actor most known for his appearance in Oscar-nominated films like The Blind Side in 2009, Django Unchained in 2012, and Selma in 2014. He has established himself in the Hollywood with his incredible performance.

He did his graduation from the Dekalb Center for the Performing Arts at Avondale High School in 1994. He studied under the famous Afemo Omilami when he was of 13. He was voted ‘Most Likely To Do Anything’ by his classmates as he was always ready to perform everywhere possible either be it in a stage, public access TV or the big screen.

Dorsey began his career playing a small role in films like Juwanna Mann, Starsky & Hutch, and The Blind Side. He made his guest appearance in TV shows like The Shield, The Mentalist, Castle, Rizzoli & Isles and NCIS.

Dorsey starred in the historical drama film Selma in 2014. The film was directed by Ava DuVerney, and he portrayed the role of Civil Rights Movement activist James Orange. Besides that, he has acted in an array of movies and TV shows.

As of now, Dorsey is working in drama series Queen Sugar for Oprah Winfrey Network, a show by DuVernay.

Omar is married happily to Conisha Wade, who is an actress as well as a producer. The duo tied the knot on November 17, 2012. The couple is blessed with two daughters. One of his daughter's name is Olivia Dorsey, but he has not disclosed the name of his other daughter.

Performing in an array of TV shows and the movies the 42-year-old actor Omar earns a lucrative amount of salary. However, his exact salary has not revealed yet.

Olivia Dorsey is the first daughter of Omar Dorsey and Conisha Wade. Both her parents are involved in the film industry.