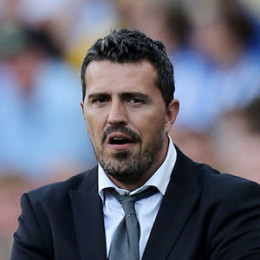 He is one of the very talented and a versatile footballers. He is simply known as Oscar in the arena. He is a Spanish retired footballer who had spent most of his career playing at the club Barcelona. He never played from the senior team of Spain but had played in its most of the youth team. He began his career as a football manager since 2009 as an assistant to the club Catalonia. Later in 2014, he joined Watford but left the job due to his health conditions.

There is no information available on his relationship status. It is not known whether he is married or is in relationship and has a girlfriend or is single. Looking on to his age and popularity, it seems he has been married and has children but nothing has been disclosed by him. He has remained discreet and avoids the public attention in his private life. He loves his privacy and keeps his personal life out of professional. There are no rumors on him related to women.