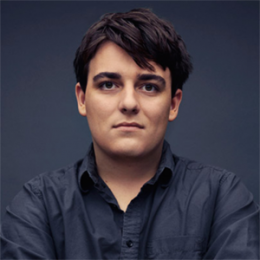 Palmer Luckey was born Palmer Freeman Luckey on 19th September 1992 in Long Beach, California. He is American by nationality and a White-American as per his ethnicity.

Luckey's father worked as a car dealer. He grew up along with his father and three younger sisters. He attended Golden West College and Long Beach City College and graduated from California State University, Long Beach.

From a very early age, Luckey used to conduct various experiments with multiple complex electronics devices. He had a great passion for virtual reality and built more than 50 different head-mounted displays.

To make his VR experiments possible, Luckey collected money from fixing and reselling damaged iPhone and also worked as a groundskeeper, sailing coach and even a computer repairing technician. In 2009, he formed ModRetro Forums along with this friend, they created an online group for ''portabilization'', a hobby of turning old hardware devices like PCs and game consoles to portable units by mixing old and new technology.

In 2013, Luckey started Oculus VR (an American technology company that made virtual reality headset, Oculus Rift) which facilitated the launch of the Kickstarter campaign for which he has been awarded the Royal Photographic Society Progress medal for his invention and research.

He showed Oculus to the former executive of Gaiki named, Brendan Iribe who at first criticized it and later joined Oculus. Later, Jack McCauley and Michael Antonov also joined the company as founders. Facebook acquired Oculus for $2 billion in March 2014. Following controversies regarding his support for Donald Trump, Luckey left Facebook and stopped appearing at any Oculus related event earlier this year.

Luckey has finally decided to focus on virtual reality input hardware. As of 2017, he is working on core VR technology and also developing a new company that will be working on making and promoting surveillance technology.

Palmer Luckey is currently in a committed relationship with his girlfriend, Nicole who is an active cosplayer and a vocal member of GamerGate. The couple first met at a summer camp in 2010 and started talking as both shared a mutual interest in gaming. They also share many other common interests which made their relationship stronger.

Luckey is a libertarianism (collection of political philosophies that promote liberty) and supported the political leaders including Gary Johnson and Ron Paul from the Libertarian Party. Not only this, both he and his girlfriend are allegedly supporters of Donald Trump’s campaign.

In 2013, Luckey collected $2.4 million for his product Oculus Rift. In the following year, Facebook's founder, Mark Zuckerberg bought the company for $2 billion.

Palmer Luckey owns a Tesla car worth $120k and a grand house in Long Beach, California. He also donated $10000 to Nimble America, a pro-Trump group that ran the 2016 presidential campaign against Hillary Clinton.