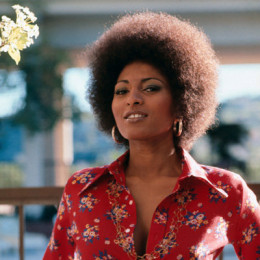 Pamela Suzette "Pam" Grier is an actress who came to fame after starring in films like The Big Bird Cage, Coffy, Foxy Brown and Sheba Baby. She graduated from East High School, Denver, Colorado. She is the daughter of Clarence Ransom Grier, Jr., a mechanic and technical sergeant in the United States Air Force and Gwendolyn Sylvia, a homemaker and nurse. She got Golden Globe nomination for Best Actress after appearing in the film, Jackie Brown.

She is a hardworking and self-motivated lady who has been through some serious incidents but never back down. When she was in her school at the age of 6, she was sexually assaulted by a group of older students, and again at the age of 18 she was the victim of a date rape.

Talking about her personal life, till today's date she is not married. But she has been in relation with various personalities but none of them became her life partner.

She dated basketball player Kareem Abdul-Jabbar, comedian Freddie Prinze,  Don Cornelius, and  Richard Pryor but she didn't marry any of her boyfriends.

Recommended: "Once You Choose Hope, Anything's Possible", Meet Jane McLelland, A Woman Who Battled Her Cervical Cancer In an Unusual Way

She was diagnosed with stage-four cervical cancer in 1988. Though doctors said that she'd live for 18 months, she happily recovered from the illness.

Pamela Suzette Grier was born on 26 May 1949 in Winston-Salem, North Carolina.

She is best known for her role in The Big Bird Cage, Foxy Brown, Sheba, Baby, and Coffy.