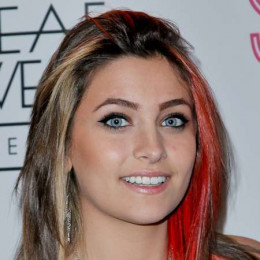 Paris-Michael Katherine Jackson is the daughter to King of Pop music, Michael Jackson. She is still young and is yet to attain limelight. She has already started making appearances on screen. She appeared on Oprah Winfrey's series Next Chapter.

Paris Jackson is dating her longtime boyfriend, Gabriel Glenn. The couple is together for a long time and shares a healthy love life.

Previously, Jackson was in a romantic relationship with her Michael Snoddy. The couple, however, failed to handle their love life and split apart after a year of dating in 2017.

She received Lifetime Achievement Award at the 2010 Grammy Awards on behalf of her father, Michael Jackson.

Paris Jackson earns a good sum of the amount from her career as a Hollywood celebrity. She holds an astonishing net worth of $100 million from her father and receives an allowance of about $8 million annually from the estate business.

Paris Jackson was born on April 3, 1998, in Beverly Hills, California, US.  She was born to pop legend Michael Jackson and Debbie Rowe. However, she was under the custody of Michael after her parents' divorce in 1999.