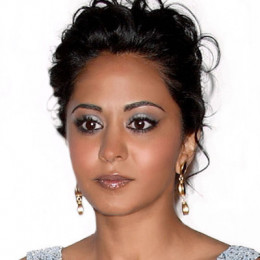 She is an English actress of the Indian descent. She was born to parents Sukha and Nasguter Nagra, emigrants from Punjab, India, as their eldest child. She is known for her roles in the movies, Bend it like Bekham; a box office hit, NBC medical drama ER, NBC crime drama The Blacklist, etc. Her first theatrical job came in 1994 as the cast in the pantomime Sleeping Beauty as the Princess. She has been active in the industry since 1991.

Her current relationship status is not known. She was previously married and has a son. Her marital life had not been successful that ended up in divorce. Prior to her marriage, she was in a relationship. Except these, there is no any information available on her past affairs. She has not disclosed much of her personal information to the public in order to avoid rumors and scandals.

The two got married after 7 years of love affair. They have a son together. However, their relationship did not go smooth, resulting in divorce.

He is quite young and shares his time with his parents as they are divorced. He is very adorable and attends elementary school.