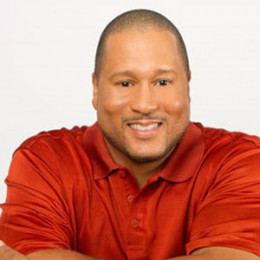 Patrick Neely, better known as Pat Nelly, is an American TV personality. He came to limelight after he hosted the show Food Network television program and Road Tasted with the Neelys along with his wife Gina Neely. Also, the duo has co-written a cook book, Down Home With the Neelys: A Southern Family Cookbook, which was published by Knopf. The couple is the owner of Neely’s Bar-B-Que restaurant in Downtown Memphis, Tennessee.

Pat was born and raised in Detroit, Michigan. He grew up along with three sibling brothers: Gaelin Neely, Tony Neely, and Mark Neely. He attended high school with his future wife Gina Neely in the late 1980s.

He along with his sibling brothers started a barbeque restaurant in downtown Memphis in 1988. His uncle Jim Neely, a well-known Memphis restaurateur and owner of Jim Neely’s Interstate Bar-B-Que in Gardena, California, helped the brothers to establish the restaurant. He knows different cooking style including Barbecue and Memphis-style.

Later, the brothers went to establish their own reputations separate from their uncle’s which grew to four Neely’s Bar-B-Que in a different location: two in Memphis and two in Nashville. They also bought a 2,000-square feet space in mid-town Memphis marked to be a corporate headquarters.

The couple became one of the successful restaurateurs in the New York City. With the help of Food Network personality, Paula Deen, the couple started the show, Down Home with the Neelys which aired in February 2008.

During the summer of 2006, Paula Deen’s sons Bobby and Jamie Deen featured the Neely’s Bar-B-Que Nashville location on their show, Road Tasted.

Later, in September 2006, Paula ate at Neely’s downtown Memphis restaurant and was impressed with the cuisine. Then, the couple was invited to appear on Paul’s Party, in January 2007.

Soon the couple wrote a book named Down Home with the Neelys: A Southern Family Cookbook. The book was co-written by Paul Disbrowe with the foreword written by Paul Deen and was released in May 2009 and published by Knopf, a New York publishing house.

Pat was married to Gina Neely since 1994. The couple started dating from their high school in the 1980s and after reuniting at their 10th reunion, the boyfriend girlfriend married each other.

Together, the couple has two daughters: Spenser and Shelbi. According to the sources, Spenser is Gina’s daughter from previous marriage.

After living together for more than 20 years, the couple divorced in 2014 citing irreconcilable differences. Currently, he is single.

Pat has created a huge brand in the Food Network and has built a huge empire through the show Down with the Neely's. He has successfully collected an estimated net worth of $1.5 million.

Pat Neely was in a long marital relationship with Gina Neely. Gina is also a television personality, author, and restaurateur. She is also an owner of Neely's Barbecue Parlor.

Spenser is the first daughter of Gina Neely and Pat Neely. According to the sources, she is the daughter from Gina's previous marriage.

Shelbi is the second daughter of Gina Neely and Pat Neely.