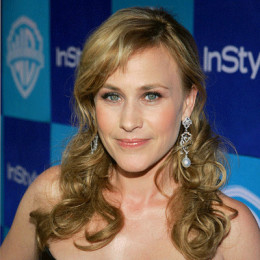 Patricia Arquette is an American actress who is known for her performance in the movies, True Romance, Ed Wood, Rangoon, Flirting with disaster, etc. She had made her debut from the movie Daddy in the role of teenage pregnant Stacy in 1987. She has been active in the industry ever since. She has won and been nominated for several awards and recognition including, Golden Globe Award, the Critics' Choice Movie Award, SAG Award and an Academy Award nominations.

Her current relationship status is not known. She is a mother of two children and had been married twice. Her marriages have been unsuccessful. Prior to her marriage, she was in a relationship with Paul Rossi from which she has a son named Enzo Rossi born on 3 January 1989 who is now grown up.

She married actor Nicolas Cage in April 1995. The two, however, pretended to be a couple in public until Cage filed for divorce in February 2000. They withdrew the divorce petition and tried to mend their relationship but Arquette filed for divorce the second time in November 2000.

Later, she engaged to actor Thomas Jane in 2002. They welcomed a daughter named Harlow Olivia Calliope Jane on 23 February 2003. Later, the couple married at the Palazzo Contarini in Venice, Italy on 25 June 2006.

As it the previous relationship, the couple filed for divorce for the first in January 2009 but reconciled the same year. Again, they proceeded to divorce and it was finalized on 1st July 2011.

She has not disclosed much of her personal information so as to avoid gossip and rumors which she does not want to involve in. However, there are rumors about her new relationships and affairs.

Patricia Arquette was born on 8 April 1968 in Chicago, Illinois.

She received huge success and critical acclaim playing in the drama movie Boyhood in 2014 winning Academy Award, Golden Globe Award, BAFTA Award, and many others.

They were in relationship for more than more than 4 years before getting married. They have a daughter together. However, their marital relationship did not last long. They gto separated in 2011 and later got divorced.

He is an actor. The two got married after having affair for some time. They got separated after 9 months of marriage but showed as they still were together in public. The two has no any child together. They got divorced after 5 years of their marriage.

He is her love child. He was born when Patricia was 20 years old. He is now adult and is trying to pursue his career.

She is stepping in her teen age now and is very cute and beautiful. She attends school and splits her time with her father and mother as her parents are divorced and living separately.