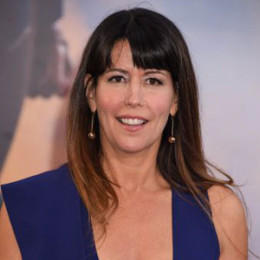 Patty Jenkins is an American movie maker, director, producer, and writer who is popularly known for her directorial movie "Wonder Woman" in 2017. Her first official debut was from the movie "Monster" which received appreciation and she grabbed huge attention for her work. Jenkins has directed some movies & series like "Entourage", "The Killing", "Betrayal" which made her seen to the world as a great director.

PattPatty Jenkins is married to author and former firefighter Sam Sheridan since 2007. He has written a book named A Fighter's Heart.

Patty Jenkins was born Patricia Lea Jenkins to William T. Jenkins and Emily Roth on July 24, 1971, in Victorville, California, United States. Her father was an Air Force Captain while her mother was an environmental scientist. Jenkins grew up with her sister Eliane Roth and lived in Lawrence Kansas where she pursued her junior year studies. 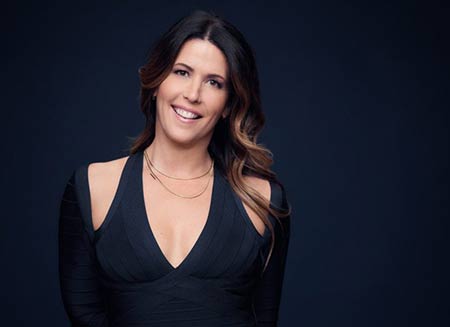 For her higher studies, she attended The Cooper Union for the Advancement of Science and Art in the year 1993. Later on for gaining a Masters' degree in film direction, she enrolled at the American Film Institute's AFI Conservatory in 2000. During her time at the acting school, she even made a short film named Velocity Rules in 2001. The movie is basically a mix of superhero stuff and about an accident-prone housewife.

Paty Jenkins is professionally a film director, screenwriter and film producer who debuted in the entertainment world in 1995 and is wowing us with her movie making skills to date. In her debut year, she worked as a second assistant camera person for the movie A Modern Affair. She started out as a director and writer firstly for a movie named Monster in 2003 which was her first big screen movie which even won Best First Feature at the Independent Spirit Awards. After her work in movies, she also started directing episodes of Television series.

In 2004, she directed an episode of the American television sitcom, Arrested Development. Then, later on, directed some other television series like Entourage, The Killing, Betrayal and so on. Jenkins directed a Television film named Five which was a comedy-drama film in 2011. Her direction styles and skills were appreciated by everyone and soon she became the talk of the town. She was offered to direct the sequel of the super hit movie Thor which was Thor: The Dark World but due to some differences between the team she left the project in less than two months. 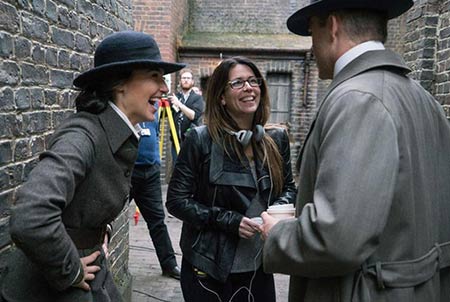 Patty Jenkins on the shoot of Wonder Woman.
Source: Nylon

Jenkins' highly acclaimed movie is the 2017 American superhero based movie Wonder Woman for which she even got nominated for Saturn Award in the Best Director category. She was offered to direct the movie in 2015 by DC Makers.

For the movie eventually broke many records and she was named the first woman to have directed one of the highest-grossing films. She is set to direct, producer and even write the 2019 movie Wonder Woman which is the sequel of the 2017 movie.

Patty Jenkins is a successful movie maker who is estimated to have a net worth of $10 million. For directing the blockbuster movie Wonder Woman she was paid $1 million and for its sequel, she got a pay raise and took home a whopping $9 million.

Her direction career is an inspiring one and her talent and dedication made her into one of the fine directors we have today.

Patty Jenkins is married to author and former firefighter Sam Sheridan since 2007. He has written a book named A Fighter's Heart. The couple is happily married and even work together as colleagues in the big and small screens. They are blessed with a son named Asa Sheridan and the family is residing in Santa Monica, California. 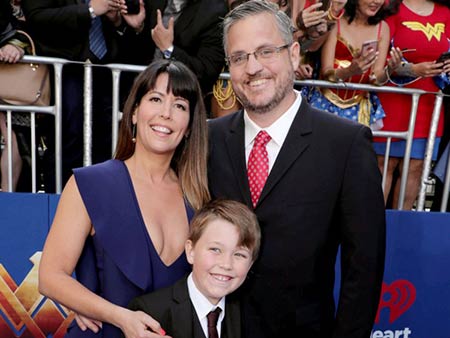 She was runner-up for the Time Person of the Year on December 6, 2017. Jenkins along with some inspirational women like Gal Gadot, Diane Nelson, Lynda Carter, and Cristina Gallach were seen in the event which marked the 75th anniversary of the first appearance of Wonder Woman. The motive of the event was to raise awareness for the Empowerment of Women and Girls.

It marked gender equality which was initially brought up by UN Sustainable Development Goal No. 5 to achieve gender equality and empowerment of women and girls by 2030. Jenkins received Emmy nomination for the series, The Killing. She also received nominations for the category Outstanding Directorial Achievement for Television series for the series Five & The Killing at the Directors Guild of America Awards in 2012.

Jenkins married to author and former firefighter Sam Sheridan in 2007. They have a son together and are residing in Santa Monica, California.

The couple gave birth to their son Asa Sheridan. They live a happy life together and are residing in Santa Monica, California.