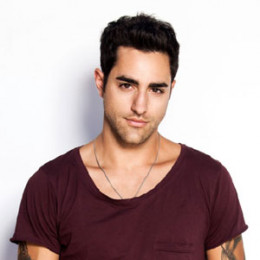 Paul DiGiovanni is a former lead guitarist of the popular band Boys Like Girls. He is having a romantic affair with an actress plus singer Katie Stevens.

Paul DiGiovanni was born on 19 January 1988 in Leominster, MA. His mother passed away in 2003 due to cancer

Paul is a professional guitarist. He is the member of American pop rock band Boys Like Girls where he appeared as a lead guitarist. He was introduced to the band by his band mate John in 2005. Before that, he recorded a brief demo along with drummer John Keefe such as Free, If You Could See Me Now and The Only Way That I Know How To Feel. He departed from the band in 2011.

DiGiovanni also made a cameo role in Good Charlotte’s music video Like It’s Her Birthday. Besides that, he along with bassist Donahue works on their side project Early Morning Blues. He also runs his clothing range entitled Black Carbon Custom.

Paul is in a romantic relationship with actress Katie Stevens. The duo started dating in early 2014. They often spend their quality time together. In their free time, they go boating in Tennessee. Seeing their deep love, it is quite certain that the duo shares a strong bond between each other.

DiGiovanni is a talented guitarist and earns a decent amount from his career. His net worth is certainly not less than six figures.