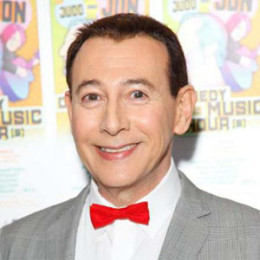 Paul Reubens is an American actor, comedian, film producer and writer who debuted in the entertainment industry in 1978. Since his debut, he has been appearing in some commercially successful movies and has been a part of some popular Television series. Reubens is popularly known for the role of Pee-wee Herman from the Pee-Wee's Big Adventure. His famous series & shows include "The Flintstone Comedy Show", "Mork & Mindy", "Saturday Night Live", "Everybody Loves Raymond", "Reno 911!", "30 Rock", "Phineas and Ferb", "Comedy Bang! Bang!".

Paul Reubens was born Paul Rubenfeld to parents Judy and Milton Rubenfeld on August 27, 1952, in Peekskill, New York, United States. His parents used to own a lamp store while his father worked as an automobile salesperson too and mother a teacher. He was raised with his younger siblings Luke and Abby in Sarasota, Florida who are professionally a dog trainer and an attorney respectively. 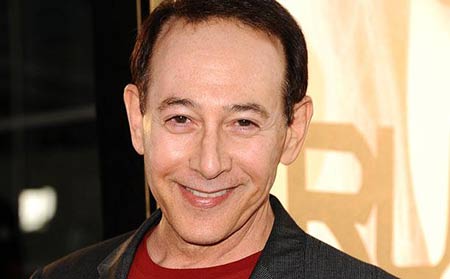 Besides, he also loved watching Comedy shows on television especially the sitcom I Love Lucy which made him more interested in doing comedy and making people laugh. At a mere age of 5, he requested his father to build a stage for him and his siblings would perform plays.

As for schooling, he attended Sarasota High School where he was the President of the National Thespian Society. Later on, he enrolled at Northwestern University and to sharpen his acting skills went on to join the local Asolo Theatre where he appeared in some theatre plays. He enrolled at Boston University for his higher studies and started giving auditions to get into a good acting school.

Reubens was not given a seat in many acting schools like Juilliard, Carnegie-Mellon but was finally called by the California Institute of the Arts. He moved to California to pursue his acting studies and to pay his bills started working as Fuller Brush salesman and in a restaurant kitchen.

While on his acting journey he also gave his comedy talent a test by performing at local comedy clubs making some guest appearances on The Gong Show called The Hilarious Betty and Eddie. To give more focus to his career as a Comedian he became a member of the team named The Groundlings which is an LA-based improvisational team for six years.

Paul Reubens is professionally an actor and Comedian who debuted in the entertainment industry in 1978. He is involved in both acting and doing comedy skits. Reubens has even voiced some characters of some series and also for some video games.

Reubens debut movie is Pray TV where he portrayed Jack Chudnowski in 1980 and the same year was cast in movies like Midnight Madness, The Blues Brothers, and Cheech & Chong's Next Movie. After his debut, he started getting plenty of movie roles from year to year. He is a versatile actor and for his incredible performances in the entertainment industry was on every director's dream cast list. 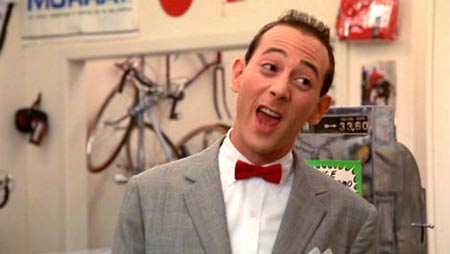 Later on, he appeared in movies like Batman Returns, Matilda, Accidental Love, Pee-wee's Big Holiday and more. Reubens has voiced the character Jokey Smurf in the 2011 & 2012 Smurfs movies 1 & 2 both. He also voiced Irv in the 2013 animated show Scooby-Doo! Mecha Mutt Menace and Screwy Squirrel in Tom and Jerry's Giant Adventure. In the 2016 animated movie Smurfs 2, he was joined by actors like Neil Patrick Harris, Brendan Gleeson, and Katy Perry.

Reubens is an actor who first debuted in the small screen in 1978 from the Television special Things We Did Last Summer playing the role of Paul Oberon. He was cast for an episode for series & shows like The Flintstone Comedy Show, Mork & Mindy, Saturday Night Live, Everybody Loves Raymond, Reno 911!, 30 Rock, Phineas and Ferb, Comedy Bang! Bang! and many more. Reubens was cast the in the American Children Television program named Pee- Wee's Playhouse where he was cast in the role of Pee-wee Herman.

He appeared for 45 episodes and besides acting, he also worked as a writer, director, producer for the show. The show went on to win Daytime Emmys for Best Art Direction, Outstanding Achievement in Graphics and nominated for Daytime Emmy Award for Outstanding Performer in Children's Programming.

He is cast in the role of Elijah Van Dahl in three episodes of the popular series Gotham and in Portlandia portrayed Weirdoes' Lawyers for an episode. Reubens has given his voice to some characters on the small screen. He voiced Professor Parenthesis for an episode of the animated series Phineas and Ferb, Unliu Swap Shop Owner in Voltron: Legendary Defender and The Butterman in Penn Zero: Part-Time Hero. His 2018 project include the murder mystery series, Mosiac where he portrayed JC Schiffer for five episodes. In the series, he was joined by Sharon Stone, Garrett Hedlund, and Jennifer Ferrin.

Paul Reubens' net worth is estimated to be  $5 million which he earned from his career as an actor and comedian. His movies Smurfs and Smurfs 2 collected $563.7 million and $347 million in the box office respectively.

Growing up he wanted to pursue a career like Ron Howard and was inspired by him a lot. He was a fan of Walt Disney and wrote him an email when he was five but never got a reply of that email. As for his hobbies, he likes collecting lamps, and fake food. Reubens is a 5'11 feet tall man who has attractive features. He is active on Twitter and loves the apps Google Translate. From the app, he communicates with L.A's Spanish speakers.

Reubens in his life has been caught up in plenty of issues and has been arrested as well. During the filming of the movie This Train Don't Stop There Anymore the police had a search warrant on his name after a witness informed the cops for the pornography case against actor Jeffrey Jones. While searching his house many unusual items were found like grainy sex videotapes and collection of child pornography.

The cops found 70,000 items of kitsch memorabilia and also dozens of photographs which referred to child pornography. Reubens accepted the accusations and the court charged him with sexual misconduct.