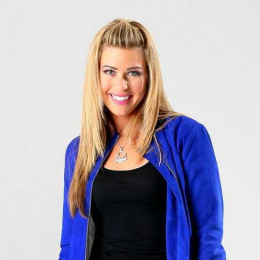 An American professional golfer who is recognized as the winner of the U.S. Women's Open which was held in 2010. Her father is a airline pilot and her mother is a housewife. When she was young, she learned acrobatic dancing and gymnastics and also learned to play golf. She was just 12 years old when she won 13 consecutive regional junior events in northern California. In 2000, she enrolled to IMG Academy. During her amateur career, she got victory in 19 national tournaments. In 2004 she became the winner of LPGA Final Qualifying Tournament. She is also host of Paula 4 Kids Celebrity Event.

She is a happily married woman. She is already tied in knot with her longtime sweetheart. After dating for longtime the couple thought of settling down. She has not been biological mother yet. May be because of her busy career they are doing some delay in child birth. Except her husband, there is no record of her name being associated with any other guy. Together they seem to be very happy with each other.

After getting engaged in December 16, 2013 they finally got married in 2014. Both of them are very supportive to each other's career.