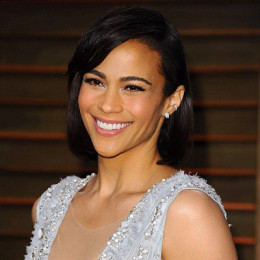 Paula Maxine Patton is an American actress. She is known for her role in several films including Idlewild, Mirrors, Precious, Baggage Claim etc. Her father is an African-American and her mother is Caucasian. Her father was a lawyer and her mother was a school teacher. She had completed her graduation from Hamilton High School. After completing her studies she had won a three-month assignment for making documentaries for PBS.

In 2005 she had started her acting career from a film named Hitch. In the movie she only had a small role. In 2006 she had done a science fiction thriller Déjŕ vu. In 2008 she had played a television reporter in Swing Vote. in 2009 she had played in Precious film as a teacher. In 2013 she joined the cast of Warcraft film adaptation. In 2014 she had been ranked 48th on Maxims Hot 100.

She had married to a singer and a song writer. She had been in relationship with him for 21 long years but got divorced.

She has one child. Her child is a baby boy named Julian Fuego Thicke from her husband.

She has one child. Her child is a baby boy named Julian Fuego Thicke from her husband.