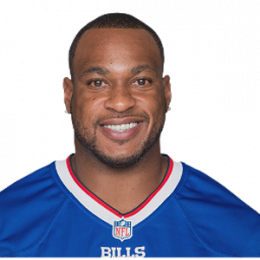 Percy Harvin is a Speedy NFL wide receiver and kick returner who was named Offensive Rookie of the Year in 2009. Harvin was born to William Percival Harvin, Jr. and wife Linda in Chesapeake, Virginia, where after his father's departure, he lived with his mother and his older sister, Lintera. He spent the first four years of his career with the Minnesota Vikings before joining the Seattle Seahawks and helping the team win Super Bowl XLVIII in 2014. He won a national championship at the University of Florida in 2006 and 2008.

Percy has a girlfriend named Janine Williams. She is mother of a son before her marriage with Percy. The two began dating while at Florida, staying together through his days in Minnesota. They started dating few years ago and now they have become parents. They have never announced anything related to their marriage. Harvin is in no hurry to get married. He wants to make sure about their settlement and then he will officially get married.

Harvin’s first son was born in June 2013. However they are still not married.