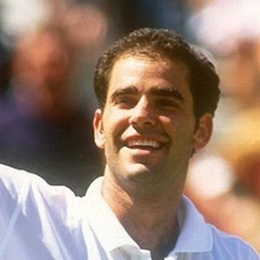 Petros Sampras, popular as Pete Sampras was one of the finest tennis players in his time. To this date, he bagged a total of 14 Grand Slam singles throughout his fourteen years career, which was an Open Era back then. With seven Wimbledon titles, he is only second to Roger Federer.

14 Grand Slam wins isn't a joke as he stands fourth among the male tennis players with the most Grand Slam tournament titles won. The statistics say the only individuals in front of Pete Sampras are Roger Federer, Rafael Nadal, and Novak Djokovic, who is the face of this current generation. Well, it is safe to say that Sampras was one of the best in his time. 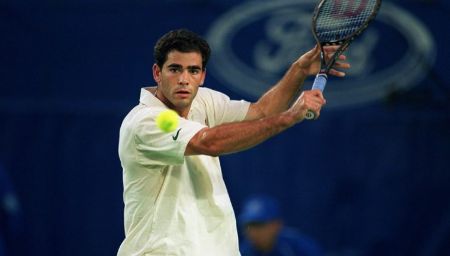 Being the best did help Pete Sampras a fair bit of fame on his sporting journey. If that wasn't it, his wealth count is pretty impressive as well as his career full of titles added a fair sum of money into his bank account. In fact, he garners a colossal net worth of $150 million, which speaks volumes about his career. The American tennis sensation, therefore, enjoys a lavishing life that surrounds him around all sorts of modern-day amenities. 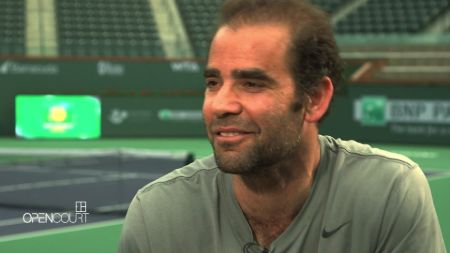 When you are a multi-millionaire like Pete Sampras, you definitely live a flashy lifestyle. In 2014, he sold his house in Los Angeles to famous British musician Matt Bellamy for $7.25 million. The 6,900 square feet house comprises seven bedrooms, six baths, one-half room, and a swimming pool.

Meanwhile, Pete Sampras is the favorite Tennis player that fellow star Roger Federer has competed against. Roger who played against Pete and Andre Agassi both the same year at Majors revealed in an interview that Sampras was his favorite when he was young and further claimed that both were different players.

For a man as popular as Pete Sampras, it is extremely difficult to hide his personal and romantic life. He tied the knot with American actress Bridgette Wilson on September 30, 2000. In fact, his wife is also a former Miss Teen. In fact, the couple shares two adorable children named Christian Charles Sampras and Ryan Nikolaos Sampras. 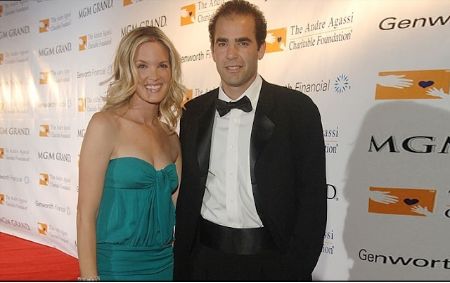 Mr. Sampras, however, remains super strict about the privacy of her children and personal life. Thus, Sampras never even shares pictures of her family on his Instagram page. But, twenty years later, Pete and Bridgette are still going strong with their marriage.

Pete Sampras currently lives in Lake Sherwood, California, enjoying peaceful retirement life with his wife. More into his background, the 14-time Grand Slam winner was born in Washington D.C as the third child of Soterios 'Sammy' and Georgia Sampras. Interestingly, his passion for tennis began at the age of 3 when he found a tennis racket in his house basement.

Sampras and his family moved to Palos Verdes, California in 1978 as the warm climate helped him to prosper their friendship even more.

Christian Charles Sampras is the eldest son of Pete Sampras and his wife Bridgette Wilson. He has a younger brother.