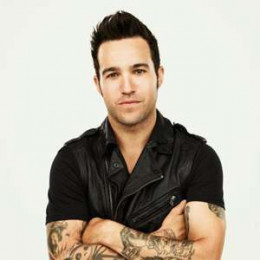 Peter Wentz is an American record executive and musician well known as the backing vocalist and primary lyricist for an American band, Fall Out Boy. He was born to Dale and Pete Wentz; his father was a school admission counselor. Peter completed his high school studies from New Trier High School and North Shore Country Day School. Peter grew up in the Chicago hardcore scene and was in several other bands before Fall Out Boy. He is the childhood friend of the band member, Andy Hurley.

Before joining music, Peter started his career in sports. He was on the soccer team in his high school. But later, he realized that music was a better choice for him. Peter wrote a book called the "Boy with a Thorn in His Side" which was widely appreciated. He was previously married to Ashlee Simpson and is currently reported to be dating Meagan Camper. Peter has two children; both of them sons.

Ashlee Simpson is an American singer and songwriter. They were married for 3 years and then got separated.

Bronx is a cute kid with blonde hair. There is not much information disclosed about him except a few pictures.

Saint Lazslo is the youngest son of Pete. He resembles the mother.