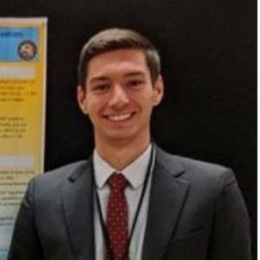 Peter Fornetti is the best-known American producer who contributed to the reality TV show 'The Curse of Oak Island,' which airs on History TV Network. Likewise, he also worked in other television shows alongside fellow producer Jack Begley.

The young producer, Peter Fornetti, is not involved in any dating rumors at present, so it looks like he is currently single. Moreover, Peter is focused on his career and merely talks about his love life in media. It seems like this handsome guy is yet to find the love of his life. 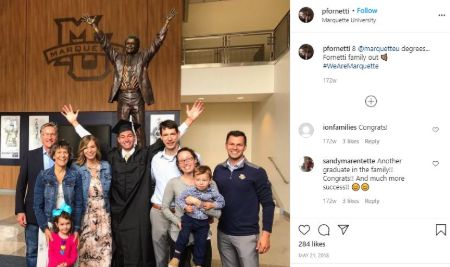 Peter Fornetti celebrating his graduation with his family & close ones. SOURCE: Instagram (pfornetti)

However, in May 2021, Fornetti shared a picture with a mysterious woman by his side on his Instagram. However, Peter didn't tag the woman who seemed happy to be by his side. But, until and unless Fornetti talks about his love life, fans can only presume.

Additionally, Fornetti appears busy with his upcoming reality television projects and shares no time for a relationship. Aside from that, Peter is pretty active on Instagram and often gives an insight into his personal and professional updates.

Besides working behind the camera, it looks like Peter wants to live a low-key life and away from public attention. All in all, Peter loves to enjoy spending his free time with close friends and family.

How much is Peter Fornetti's Net Worth?

Pete Fornetti began his career working with the Lagina brother ever since they started their TV show. Peter served as the producer of the first season of "The Curse of Oak Island."Peter indeed managed to get this job from his good connection with the show stars Rick Lagina and Marty Lagina.

Also, not to let it go, Fornetti has been continuously working on The Curse of Oak Island and was part of the show's season 9 which was released in November 2021.

Check out the video of Peter Fornetti's produced show The Curse of Oak Island: The Triton Shaft.

As of 2022, Peter has summoned an estimated net worth of $400,000. As the producer of the long-running show, which reached its seventh season, he earns around $100 thousand annually. Thanks to his astonishing wealth, Fornetti relishes a very comfortable & luxurious life with his family. 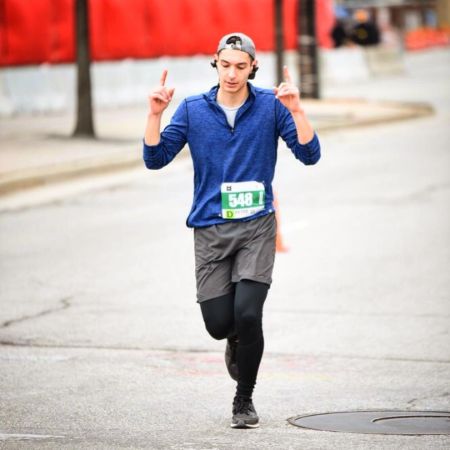