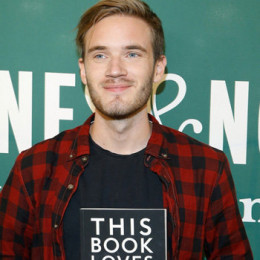 Felix Arvid Ulf Kjellberg aka PewDiePie is the actual name of the online alias PewDiePie, a famous YouTube personality who is known best for his commentaries related to Let�s Play and several vlogs on YouTube. He is originally from Sweden. He dropped out of studying Industrial Economics to focus on his YouTube career. His channel has been the most subscribed one on YouTube and is also the most viewed channel of all time.

PewDiePie was in a relationship but has never been married to his girlfriend. PewDiePie has not been known to be with anybody else yet before he found Marzia.

His girlfriend too is a YouTube personality and the couple met through common friends and met in Italy. They live a reserved life together in Brighton after establishing an online friendship and falling in love.

PewDiePie consequently tied a knot with his girlfriend of eight years. Felix broke the headlines on the internet saying "We are married!!!" I'm happiest I can be. The internet sensation calls himself lucky for sharing his life with his amazing woman.

The leading YouTube star married his girlfriend, Marzia Bisognin in an intimate ceremony at Kew Gardens, London on 23rd August 2019. 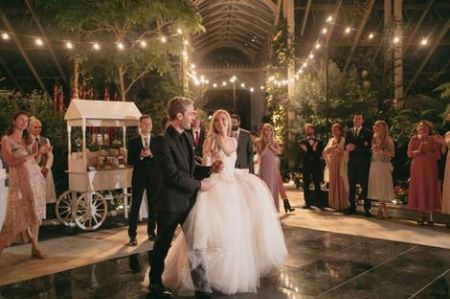 PewDiePie walked down the aisle with girlfriend Marzia. SOURCE: Instagram

The couple's pre-marriage function took place seven days before. The function was attended by their companions, fellow YouTubers, and relatives.

The 29-year-old Swedish YouTuber, comedian, and gamer has an estimated net worth of $30 million. Forbes listed him as the highest-earning YouTuber along with his annual income reaching $15 million in 2016.

The controversial YouTuber doesn't just add millions of dollars to his net worth but he also gives some portion of his income to charities as well.

PewDiePie has raised over $37,000 for children fighting with cancer, $450,000 for clean drinking water, and $250,000 for facilitating children worldwide. Most notably, his charity works totals to more than $1 million.