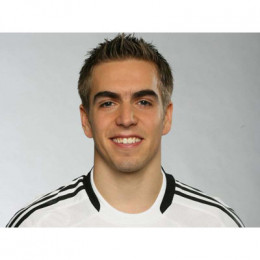 Philipp Lahm is a German professional football player. He plays as full back or as defensive midfielder. He plays for German national team and for Bayern Munich. He is a former captain of his national team. His father is Roland Lahm and his mother is Daniela Lahm. There is no any information regarding his early life. Before retiring from international football career he had led to the 2014 FIFA World Cup.

He started playing football professionally when he was 11 years old by joining the Bayern Munich Team. He was very talented player in the club. He had started playing football internationally in 2002.he had played football in the U19 national team. In his career he has won many awards and honors including FIFA World Cup All-Star Team in 2006, FIFA World Cup Dream Team in 2010, UEFA Team of The Year in 2006, 2008, 2012, 2013 and in 2014.

He is married to Claudia Schattenberg. He is happily married to his wife and leading a healthy married life.