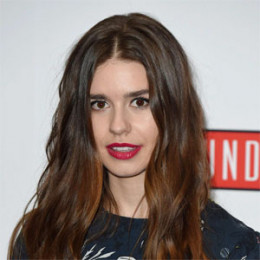 Australian TV and film actress, Philippa Coulthard is popularly known for her roles in the TV series like K-9 and Lighting Point. She made her Hollywood debut from the movie, Unfinished Sky. Coulthard is currently single. She is unmarried and has no children yet.

Philippa Coulthard was born on 25th November 1991 in Brisbane, Queensland under the birth sign Sagittarius. Coulthard is Australian as per nationality, as far as her ethnicity is concerned, she is White-Australian.

Coulthard attended Hillbrook Anglican School in Brisbane. In 1996, she began to perform on stage. By the age of 4, she took dance lessons at Promenade School.

Philippa Coulthard made her Hollywood debut from the movie, Unfinished Sky in 2007 by Peter Duncan. In 2009, Coulthard starred in the TV series, K-9 sharing the screen with John Leeson, Keegan Joyce, Robert Moloney and Daniel Webber among others.

Coulthard then appeared in various films and TV series like- After the Dark, Now Add Honey, Secrets and Lies, and The Catch among others. Among all, she is known for her role in the TV series- Lighting Point. She worked in the series with Lucy Fry, Jessica Green, Andrew James Morley, Paige Houden and Erin Mullally among others.

In 2017, Coulthard appeared in some of the movies and TV series like- Anabelle: Creation by David F. Sandberg, The Catch by Kate Atkinson and Jennifer Schuur and Howards End by Hettie MacDonald.

Philippa Coulthard is unmarried and has no children. Coulthard is possibly single at present, as she not introduced anyone as her boyfriend.

The young actress is focused on building her career rather than engaging in a relationship. She has two pet dogs, and in her leisure time, she likes to hang out with friends and travel.

Philippa Coulthard has the height of 5 feet 7 inches (1.7m). Coulthard, who debuted from the movie, Unfinished Sky, currently has an estimated net worth of $900k as per some online sources. However, the exact amount is not confirmed yet.

Her 2017 movie, Annabelle: Creation is the only movie that collected a good amount of $306.5 million at the box office. Whereas, some of her series, Bikie Wars: Brothers in Arms and Secrets & Lies has the budget of $6 million and $4.5million respectively.