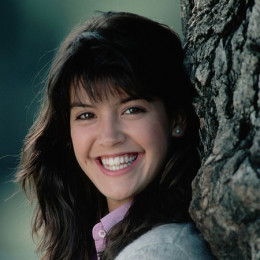 Phoebe Belle Cates is a film actress, entrepreneur and model, known for her role in the 1980s film Gremlins and Fast Times at Ridgemont High. She began her acting career at the age of 17 with the 1982 film Paradise, as Sarah and did several full nude scenes in the movie. She is the owner of a boutique shop, called Blue Tree. She was born to Lily and Joseph Cates, a producer and director.

Exploring her personal life, she is a happily married woman. She has been enjoying her marital relation since 1989 and till now she has a great chemistry with her beloved husband. The couple are blessed with two kids: son and a daughter. In the year 1982, she was often romantically linked with the actor Willie Aames but none of them spoke publicly about their relationship.

He is the one and only husband of Cates, who by profession is an actor. The couple has the age gap of 15 years.

He is the only son born to Cates and her husband.

She is the only daughter of Cates, who now is known by her stage name Frankie Cosmos.