Actress Phoebe Cates is Happily Married; Know about her Husband, Family, and Children 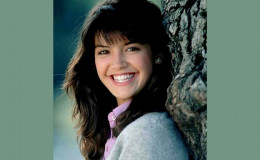 Wanna know about the married life of Phoebe Cates with Kevin Kline ?? Know all in detail here about her husband, family, and children.

Gorgeous Phoebe Cates is one of the popular and talented actresses. Especially during the 1980s, we have seen Phoebe in various movies including 'Gremlins' and 'Fast Times at Ridgemont High'. Last we saw her in the 2001 movie 'The Anniversary Party' and since then she is keeping a low profile and is spending most of her time with family.

The diva is married to Kevin Kline and the couple is together for 28 years. Let's know more in detail about actress's family and children including the healthy married life.

Phoebe's love story with Kevin started back in 1983 when she met Kevin during her audition for a role in 'The Big Chill' and fell for him. Kline is a famous American stage and movie actor and singer. He received an Academy Award and three Tony Awards for his outstanding performances.

The couple dated for nearly 6 years since 1983 and in the year 1989, they decided to get married and start their life as a husband and wife. 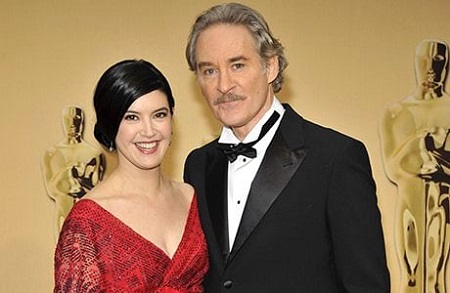 Hollywood where every second a couple split, Phoebe and Kevin are still madly in love with each other and are often seen enjoying and cherishing the moments together. Here is a video of Kevin and Phoebe attending the 2017 Daily Awards and showing the never-ending affection to each other.

Here is a video of Kevin and Phoebe attending the 2017 Daily Awards and showing the never-ending affection to each other.

The love duos have been a role model to all proving the true love exists. Unlike many Hollywood celebrities, they are far from the disease of divorce.

Phoebe doesn't have a long list of affairs in the past but she had a relationship with a guy. Cates shared an apartment in Greenwich Village with her then-boyfriend, Stavros Merjos and as reported they met in 1979. The relation, however, came to an end after 3 years.

The strong bond of the couple has now got stronger overcoming many ups and downs in relation all these years and seems unbreakable after experiencing the parenthood of two children.

Phoebe and Kevin welcomed first baby- boy, Owen Joseph Kline in 1991 and 3 years later in 1994 they were blessed with a baby girl Greta Simone Kline. 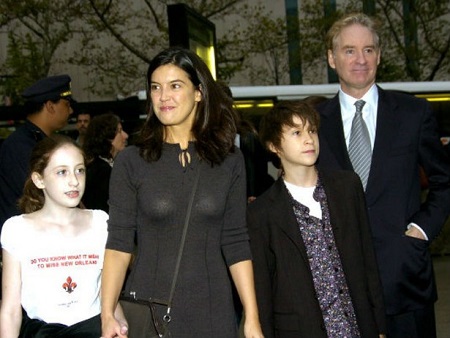 Phoebe and Kevin with their children: Owen and Greta
Source: Suggest

Gerta is a singer-songwriter performing under the name Frankie Cosmos, and in 2014, she released her debut album Zentropy. Owen is an actor and we have seen him in the movie 'The Squid and the Whale' and recently in 'Jobe's World'. 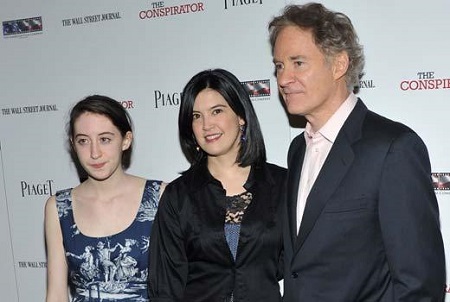 Phoebe with her husband and rock-star daughter: Greta
Source: Screenertv

Kevin, the superstar in Hollywood industry still entertains all through his incredible acting whereas Phoebe retired from the film industry in the 90s and owns a boutique shop "Blue Tree".

When Owen was diagnosed with juvenile diabetes, his father became involved in the Juvenile Diabetes Research Foundation. He received the JDRF's Humanitarian of the Year award from Meryl Streep on behalf of the firm. 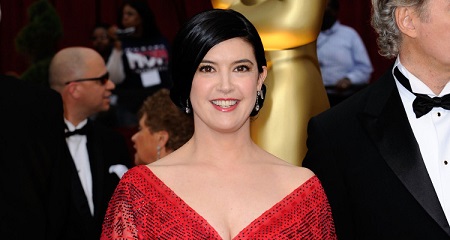