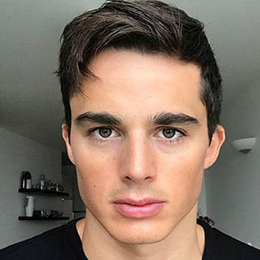 Pietro Boselli makes a glamorous career in the modeling industry, who worked for some top modeling agency. He did modeling for brands like 'Abercrombie & Fitch' and 'Equinox'. Apart from modeling, he teaches math at University College London. Also, he's a social media star with over 2.7 million followers on his Instagram.

Pietro Boselli Personal Life And Gay Rumors; Is He Single Or Dating A Girlfriend?

Pietro Boselli is possibly single at the moment as he rarely talks about his relationship status in the media. With the information he provided to the media, he is not dating anyone.

Pietro is currently single but was rumored to be dating a girl named Ana Trifkovic Koprivica in the past. It was all speculations as none of then opened up anything about it. Check out the picture of them together! 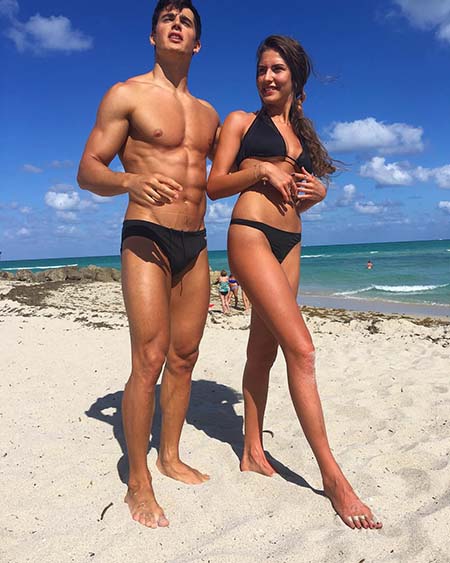 Boselli is famous over social media is a significant number of followers. However, he doesn't share anything about his love life, which suggests he's most probably single. He is more often with his family and shares pictures alongside his brothers. Have a look at the picture he shared wishing his brother, Filippo a belated happy birthday!

The Italian model currently enjoys a peaceful and famous life. However, he was once rumored to be gay after his statement about his role in fashion involving him being more involved in the gay community. Nevertheless, he denied it and stated he is straight.

Pietro Boselli holds a net worth of around $400,000 to $700,000. He is quite a popular model, who featured for some popular modeling agencies. Also, his career in social media helps him grab a decent income.

Check out the video where he gives an interview to Vogue Paris and talks about his life!

The 30-years-old has a career as a teacher as well as a model. Although he started modeling from an early age, he never underestimated his studies and went on to gain a Ph.D. in Mechanical Engineering. Besides, he was discovered by the famous 'Giorgio Armani' when he was just 6. Apart from his famous modeling profession, he also teaches math at University College London.

Born on December 3, 1988, in Negrer, Italy, Pietro Boselli grew up with his three brothers; Carlo, Filippo, and Giorgio. Pietro is of Italian nationality. Similarly, his zodiac sign is Sagittarius. 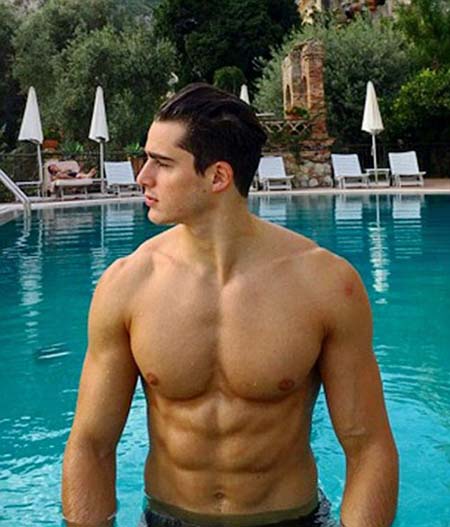 The Italian model and a math teacher, Pietro Boselli.

Pietro had his mindset on modeling from an early age as he caught the attention when he was still in school. He signed for a modeling agency in Milan at an early age but took a break from it to focus on his studies. Moreover, he earned a Ph.D. in Mechanical Engineering. Boselli admires Arnold Schwarzenegger and Oscar Wilde and considers them his idols. Also, he gave a few speeches about his life to the famous Ted Talks.