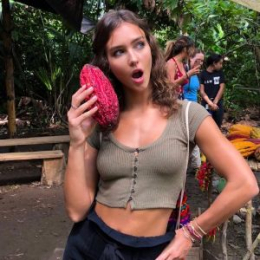 It has been a long time since models like Gigi Hadid, Bella Hadid, and Kendall Jenner has been rocking the modeling world, and certainly, few can match such personalities. Well, not for long as among the few aspiring models Rachel Cook looks to be someone who can come to their level.

What Is Rachel Cook's Current Relaitonship Status? Who Is Her Boyfriend?

To few wondering what her relationship is, at present, the gorgeous Rachel Cook is in a romantic relaitonship with her partner Tyler Warf. After months of speculations and rumors of her lover, she finally revealed her relaitonship status. 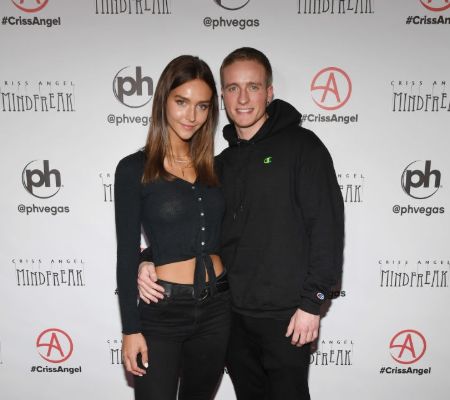 Rachel Cook is in a romantic bond with her boyfriend Tyler Warf.
SOURCE: Getty Images

The model, moreover, spoke about her love life and revealed the identity of her partner in one of her vlogs which she uploaded on March 12, 2019. She further disclosed that Tyler had already appeared in one of her previous videos but decided not to reveal her relationship.

The lovely couple seems to be in an intimate relationship right now. She might not be interested in getting married right now, but surely it is in the cards.

Just been livin and I’m so happy

Rachel is also active on social media platforms, where she posts pictures and videos. However, it appears Rachel does not post photos with her boyfriend and uses her social media for uses mainly for professional purpose.

How Much Net Worth Does Rachel Cook Possess?

Rachel Cook boasts a net worth of $700 Thousand which she made from her flourishing career as a YouTuber and model. On average, a Playboy model earns between the range of $59,717-$64,498 annually.

As a YouTuber, the beautiful lady earns around an estimated $227 - $3.6 Thousand per month and $40 Thousand in a year. Furthermore, she is a big-time Instagram star boasting a massive 2.5 million followers on the popular photo and video sharing network.

This dress got me thinkin about New Years parties! What are ur plans??

Don't Miss: How Much Is Model Anna Herrin's Net Worth And Salary?

Rachel seems to be enjoying her celebrity status life and who can really blame her if you are that charming and elegant. She can afford to live a luxurious lifestyle. 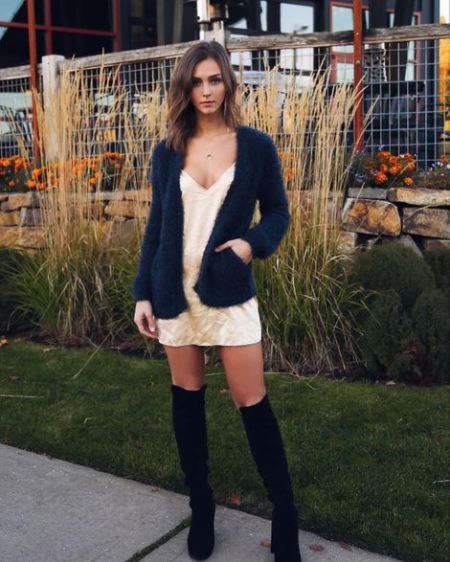 Rachel Cook is an aspiring and beautiful model.

Visit us more often at marriedwiki.com for more biographies and new!