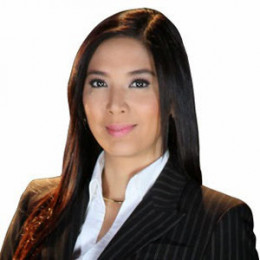 Prominent and one of the most recognizable faces of the media world, Pinky Webb is a Filipino broadcast journalist currently working for CNN Philippines. She is the daughter of Freddie Webb and a sister of Jason and Hubert Webb. She studied at De La Salle University where she initially took AB Psychology then decided to shift to AB Management. Previously she was a co-anchor of the radio commentary program Tambalang Failon at Webb and she also used to anchor Dateline Philippines on ANC. She debuted with CNN Philippines on April 4, 2016.

Pinky Webb recently said she will not keep it a secret if ever she settles down. She was previously dating her boyfriend Edu Manzano. They were even rumored to be married, however, she said there's no truth to reports that she secretly married former boyfriend.

The Two broke up after he decided to run for the second highest position in the country in May 2010 elections. His son, Luis Manzano, earlier belied news that his dad secretly married Webb.

Details about her net worth and salary is still under the radar. Salary of a journalist in CNN network ranges from $66,644-$96,316.

The couple, before their break up were in a relationship. They had given birth to this boy before they were officially married.