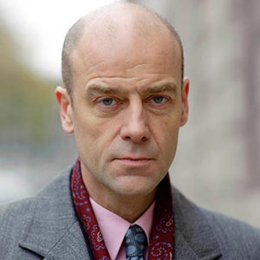 Our favorite actor on The Crown, none other than Pip Torrens is no new name in the acting industry. His professional life is clear as water to the public. Learn more about his personal life in the same manner below.

Pip Torrens Married Life With Daughters; Rumored To Be Gay

Pip Torrens who has been in the acting business for more than three decades contributed to more than double dozen films and tv series. Torrens' acting ability in series and films including Netflix's hit show; The Crown is easily accessible to his fans. But, what about his private affairs?

Interestingly, it seems as if Pip knew the consequences of fame before he embarked on his acting career and made it big in the industry. Because information on his personal life is rarely ever disclosed to the public. Matter of fact, the actor is even entitled to be single by many sites, most of which even claim that Torrens is actually gay. 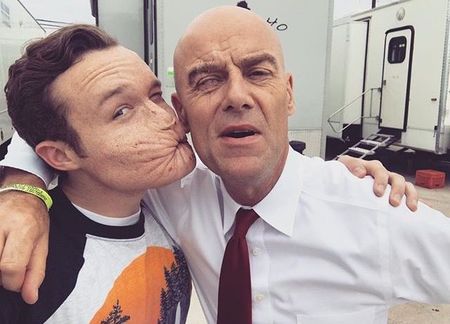 Pip Torrens is known for his role as Herr Starr on Preacher. SOURCE: Pinterest

The alum of Drama Studio London, however, is reportedly married with children. Although Pip isn't fond of sharing much of his private life matter to the public, Torrensm in an old interview, revealed that as soon as he is done with filming, the only thing he looks forward to is running home where he can be with his wife and daughters.

On the other side, whilst little knowledge is shed on his wife and daughters, vast information is known about his acting career that earned him a net worth of more than $2 million to date. Well, how much has Torrens earned so far?

Rise To Fame; Torrens Loved Acting Since He Was Little

Pip Torrens claims he fell in love with acting since he was in his early days before he wasn't even eight. Matter of fact, he would also participate in plays in school before he joined the Drama Studio London to study acting. 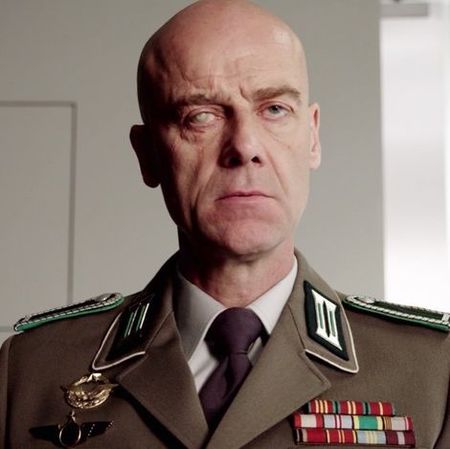 Pip Torrens fell in love with acting since he was a child. SOURCE: Pinterest

Speaking in an interview, Torrens says The Three Billy Goats Gruff where he played the troll is some of the first acts he performed for. After attending a Boarding school, Torrens still continued with his involvement in plays. Not to mention, he would also play the part of females' roles.

It was after a year course in London where he studied Drama, Pip began working in theatres that soon landed him on his tv series and film career.

Pip Torrens is highly known for his performance in films and tv series such as The Crown, Preacher, Poldark, Versailles, Pride & Prejudice and Tomorrow Never Dies among others.

The actor's name is also credited to other tv-series and shows including; The Lenny Henry Shows, The Nightmare Years, Chimera, Van der Valk, Jeeves and Wooster, Lovejoy, To Play The King, Minder, Maigret, The Brittas Empire, Kavanagh QC, Crime Travellers, Office Gossip, Sunday, Believe Nothing, The Project, Gifted, Rosemary & Thyme, When I'm 64, My Dad's The Prime Minister, Wire in the Blood, Broken News, Blood, A View from a Hill, Missing, The Path to 9/11, Spooks, Waking the Dead, Lewis, Doctor Who, The Chase, Heartbeat, The Promise, Law & Order: UK, The Hollow Crown, One Night, Black Mirror, Switch Spy, Breathless, Up the Women, Hetty Feather, Death and Nightingales and Patrick Melrose among others.

As for his films' performance, Torrens appeared in notable Hollywood movies such as Pride & Prejudice that had a box office hit of $121.1 million, Tomorrow Never Dies which grossed more than $333 million, Star Wars: The Force Awakens which amassed a whopping of more than $2 billion, The Danish Girl that successfully made $64.2 million and Darkest Hour which profited $150 million at the box office.

View marriedwiki.com for more Biographies and Gossips on your favorite celebrities.

Pip Torrens is a father of more than one daughter whose identity is not known to the public yet.

Pip Torrens fathers more than one daughter with his wife whose identity is not disclosed yet.