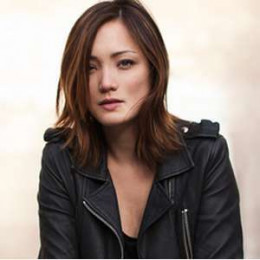 Pom Klementieff is a Canadian-born French actress best known for her role in the Spike Lee film Oldboy. She was born to a Korean mother and French-Russian father. She started acting at age 19 at the Cours Florent drama school in Paris. A few months into her education she won a theater competition that awarded her free classes for two years with the school's top teachers. Her next acting role was the film Hacker's Game, in which she plays a hacker.

Pom Klementieff likes to stay away from the limelight when it comes to her personal life. Her relationship status is not yet confirmed on whether she is involved romantically with anyone. The 32-year-old actress has not disclosed any information about her personal life.

There isn’t any controversy or even rumors that surround her so far. Very few details are made open regarding her personal life except the information regarding her career.

As of now, the actress is more focused on her career rather than involving in any kinds of serious relationships. So, she might be possibly single.

Pom Klementieff has an estimated net worth of $3 million. Pom makes her money from her acting career.

Her latest movie, Avengers: Infinity War makes $2.048 billion at the box office. The movie was made with a budget of $316-400 million.

Pom Klementieff was born on May 3, 1986, in Quebec City, Quebec, Canada. She is French and belongs to the mixed ethnicity.  Her mother is Korean and father is French-Russian. She lost her brother because of suicide.

Her name, Pom means the spring and tiger in Korean words. She lived in Canada for a year and later moved to Japan and the Ivory Coast before settling in France.

Klementieff's father died when she was 4 because of cancer and mother was schizophrenic and unable to care for children. So, she was raised by her paternal uncle and aunt. But unfortunately, she lost her uncle on her 18th birthday whom she described as "like my second father".

Klementieff joined law school after her uncle's death to support her aunt, but she didn't find her interest in this field. She also worked as a waitress and saleswoman in France.

At the age of 19, she started acting at the Cours Florent drama school in Paris. After enrolling for few months in education, she won a theater competition and as a reward, she gets free classes for two years with the school's top teachers.