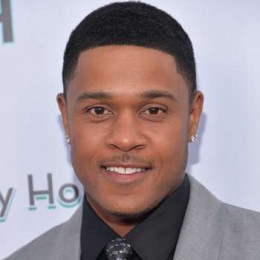 Marion H. Hall, Jr, better known as "Pooch Hall", is an actor, rapper and model. He is known for portraying as Derwin Davis on The CW/BET sitcom The Game and as Ricky in the film Jumping the Broom. He started his career doing commercials and modeling. He studied at the University of Massachusetts Dartmouth where he got his first taste for acting with the UMass Dartmouth Theatre Company.

Moving on to his personal life, he is a married man. Since the year 1999, he has been enjoying his martial relation with his long time dated girlfriend turned wife. While attending the University of Massachusetts Dartmouth, he met his wife and since then the two are together and have a perfect chemistry with one another so there is no point on talking about their divorce. They are blessed with three children.

She is the one and only beloved wife of Pooch, who works as a realtor in California. The two first met in 1996 while attending University of Massachusetts Dartmouth.

She is the second child of Mr and Mrs. Hall, who is well mannered and disciplined.

He is the youngest member in the house and only son born to Mr and Mrs. Hall.