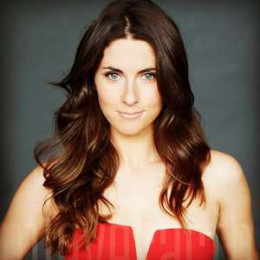 Rachel Bonnetta is the MLS digital star, she has joined Fox Sports because she wants to become the newest member of the show named The Buzzer. She is a host. She has scored many memorable interviews and segments. He has hosted in MLS and Off With Rachel Bonnetta shows. There is no moe information about her personal life in social media, her parent's name and soon.

Rachel Bonnetta is the Brand Ambassador of Toronto FC. She is living a blissful life with her boyfriend. She is beautiful and she has a passion for soccer from her early age which helps her to wins MVP awards. She has hosted many programs regarding soccer and has many fans on Twitter.

Rachel Bonnetta was born on 1992 in the USA. She is widely recognized as a co-host of daily social media series "[email protected] The Buzzer" which is aired on FOX Sports.

Bonnetta completed her education in Broadcast Journalism in 2012 from Seneca College of Applied Arts and Technology.

In 2012, Rachel host for The Whip on Kick TV where she served two and a half years. Later she served as an air host for Major League Soccer and hosted the online daily shows MLS Now and Off Topic with Rachel Bonnetta.

Currently, she worked for FOX Sports and run the program named Soccer @The Buzzer and also host original video series for FOX Sports Digital and contribute to FS1’s soccer coverage.

Bonnetta is very open up about her relationship as she often shared her boyfriend pictures on her Instagram but she never mentioned his name neither on her posts nor in front of media.

However, it seems the duo is dating one another since a long time and shared good bonding. The couple is very busy with their rising career and that might be the reason they are not ready for their commitment as husband and wife.

Rachel is fond of dogs as she has one dog whom she adopts and became an important part of her life.

Furthermore, she also mentions him on her Twitter posts:

My boyfriend made a kick ass film If you’re still bummed the US isn’t in the WC this year and want to relive the past or just needing a lil in your life before the 14th. Look no further! https://t.co/yoKzXAUU8a pic.twitter.com/DSowuSHzMl

Reportedly, the couple broke up in August 2018. However, they made things clear and are back together all again.

My boyfriend got nutmegged last night.... we are no longer together. I wish him nothing but the best. pic.twitter.com/32gxW7M4Ct

Will the couple get married anytime soon? Well, let's see.

Rachel is one of that female media personality who gained lots of name and fame at an early age.

She has earned a decent amount of net worth around $5 million from her journalism career. She is living a lavishing life with her partner.