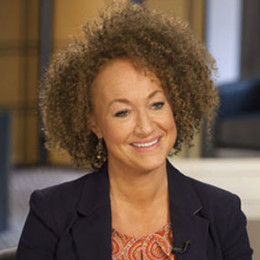 Former civil rights activist and Africana studies instructor, Rachel Dolezal is a daughter of Ruthanne and Lawrence "Larry" Dolezal. She attended a historically black college, Howard University, in Washington, D.C. and completed a Master of Fine Arts degree in 2002. Rachel was president of the National Association for the Advancement of Colored People (NAACP) chapter in Spokane, Washington, from 2014 to 15th June 2015.

Rachel Dolezal's Married Life; Who Is Her Husband?

Rachel Dolezal was previously married to Kevin Moore in 2000 and divorced in 2005. The couple has a son named Franklin Moore. She adopted two brothers, Izaiah Dolezal, who was sixteen years old at the time and Ezra Dolezal. Her second son named Langston Atticus Dolezal was born on 16th February 2016.

She openly stated that she's a bisexual in 2015. In October 2016, Rachel legally changed her name to Nkechi Amare Diallo.

In 2017, she revealed that she has been diagnosed with post-traumatic stress disorder (PTSD). Earlier in 2006, she suffered from cervical cancer but she recovered by 2008.

Rachel Dolezal's Net worth and Earnings

Rachel Dolezal was born on 12 November 1977 in Lincoln County, Montana.

She is known for claiming to be a black woman despite being of European ancestry and no known African ancestry.

Rachel Dolezal was previously married Kevin Moore in 2000 and the couple divorced in 2005.The couple has one son together.

She adopted her two brothers, Izaiah Dolezal, who was sixteen years old at the time and Ezra Dolezal .