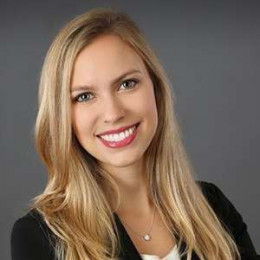 Rachel Holm is the wife of an American Vine star, filmmaker and YouTube personality Zach King. She and her husband Zach King competed on the competition show "The Amazing Race" along with other social media stars in 2016 and were eliminated in 6th place through 9 legs. Her husband Zach is well known for his "magic vines" - six-second videos digitally edited to show as if he is doing magic.

Rachel's husband won first place in a Hewlett-Packard commercial contest and got a trip to the red carpet at the London Film Festival in 2010. In 2013 he also won YouTube's Next Up Creators contest.

Rachel Holm is married to Zach King. Zach began posting videos on YouTube in 2008 and in 2013 he started posting videos to Vine. Very few details about her on social sites Rachel became a famous through her husband.

Holm and her husband competed against Dana Alexa and Matt Steffanina on The Amazing Race.