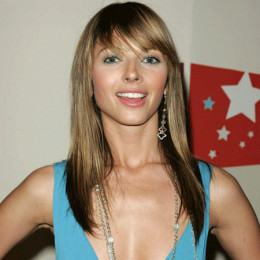 A Canadian TV personality working in the United States who is better known as the hostess of Much Music video and VH1's Top 20 Countdown. During her career she has mainly narrated for VH1 programs. She is the former host of popular programs like Web Junk 20 and "The Stash" on Playboy TV. Before working for VH1 she worked for Canadian-based MuchMusic for three years. She has also made guest appearance in episode of CSI: NY. She was featured in 100th episode of Discovery Channel's Dirty Job where she was seen attempting to clean out septic tanks along with other guest.

She was supposed to be co-host of a radio show with Adam Carolla, but it created a controversial situation after she was replaced by Teresa Strasser calling Perry as "a guest who wouldn't leave". Talking about her marital status she has not married yet but she has already dated at least half a dozen of celebrity including actors and VJ. Though she has dated lots of handsome guys, currently, she seems to be single. It seems like love life isn't favoring her well.She has not been a biological mother yet.