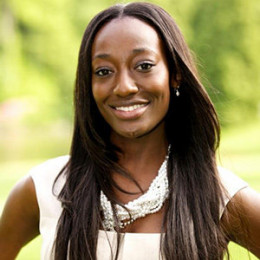 Rachelle Akuffo's Relationship Status; Is She Married? Is She Single?

Rachelle Akuffo is most definitely a married lady, and she is living a happy married life with her husband. However, the name of her husband is not revealed by the journalist, but he goes by the user name @oraclebatrainer on his Instagram.

The news anchor has also not spilled the beans about how she met her partner and how long they dated before tying the knot.

Regarding the pair's marriage, they walked down the aisle and took the wedding vows on a beachside in the lady's ancestral homeland Ghana in August 2019. The duo's family, relatives, and friends attended the fabulous wedding ceremony with immense delight. 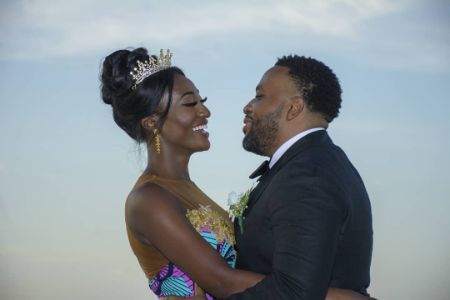 Rachelle rarely posts pictures with her spouse, and the only time she shares anything is when she dedicates posts regarding their wedding anniversary.

On August 22, 2020, marking their first ever year together as husband and wife, Akuffo uploaded pictures of her wedding with her husband and wrote,

"One year ago, I celebrated the happiest day of my LIFE! Happy anniversary (or coronaversary) to my soul mate."

It's been three years since the big day, there has been no news of conflicts or controversies surrounding their relationship, and the couple is likely living a happy life. The female journalist likes to keep her family life away from public sight and prefers privacy in that aspect. Like her American journalist, Martha Raddatz is also relishing a content life with her partner.

Does Rachelle Akuffo Share Any Child With Her Husband?

Rachelle Akuffo has one child, a daughter, but it is not clear whether it is with her husband. As mentioned earlier, it's been only three years since the two got hitched.

But her daughter, who frequently appears with her on her Instagram, is currently nine years old, as revealed by her in one of her interviews in 2022. Rachelle has remained silent about the name and who the father of her child really is. 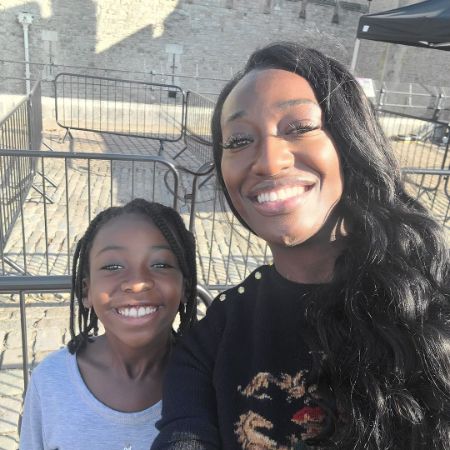 Whatever the case may be, there is no question the former CGTN producer loves her daughter a lot and gives her time whenever she is free from her hectic work schedule. The mother-and-daughter duo looks great together.

Rachelle Akuffo has been working in the journalism field for over a decade now. Additionally, she is also the CEO of Recalculating Life. Through Recalculating, she provides coaching for young women to help them transform their mindset to help them achieve their career goals.

The Howard University graduate has an estimated net worth of $2 million. Her net worth is similar to that of another Ghanaian-origin journalist Nana Akua who also has an estimated $2 million net worth. On average, a reporter at Yahoo Finance earns around $135,000 a year. Rachelle surely receives around that paycheck, if not more.

To help young women, she has written a book titled "Recalculating Life: 7-Step Transformation Template." The book is available on Amazon for the price of $12.99.

Rachelle Akuffo began her career in the news and media as a broadcaster on Radio Redhill in December 2008. After working for a few months, she moved to Geneva, Switzerland, to work as a news anchor for Dukascopy.

About two years later, she joined Reliant Broadcasting as its news, weather, and traffic reporter. In March 2011, she joined as a correspondent for ONeMinuteNews, remaining there for a year.

In February 2012, Akuffo joined China Global Television Network as a business correspondent and producer. In March 2016, she began working as a news anchor covering afternoon and evening news for CGTN. After working for ten long years for the company, she bid farewell to her colleagues in January 2022.

Check out the clip of Rachelle Akuffo and her CGTN  co-workers regarding their DNA test!

At present, she is working as an anchor at Yahoo Finance, where she joined in January 2022. She co-anchors the 3 pm-5 pm closing bell show life breaking down the market news of the day.

The journalist has received several awards, including one from Digital Hollywood for her coverage of the 2008 U.S. elections and a 2015 Clarion Award for reporting on Latina entrepreneurs' struggles.

Rachelle Akuffo was born in 1978 in London, England, the United Kingdom, where she also grew up. Her parents are from Akropong, Ghana.

The transformation coach's mother is Cecilia Akuffo, and her father is Dr. Emmanuel Akuffo. Both her parents are still doing great, and just recently, she shared a picture of her mom and dad dedicating their 49th year of togetherness.

Rachelle also has two siblings, a brother David Akuffo and a sister Fried Akuffo. She moved to the United States to pursue her goals and further education.

The female anchor graduated B.A. majoring in Administration of Justice from Howard University in 1999. Later, she returned to London and got a postgraduate diploma in criminal justice from Brunel University London in 2001.

Akuffo was crowned Miss Ghana International in 2005, which helped her with charitable projects in health, education, and business. She represented Ghana at Miss Africa International 2005 in the USA.

For more similar celebrity news, be sure to visit Married Wiki!!

British-Ghanian journalist Rachelle Akuffo is married and has a husband. The former Miss Ghana International tied the knot with her partner in August 2019.