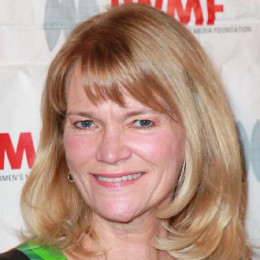 The American reporter and correspondent Martha Raddatz work as a Chief Global Affairs for ABC News. She first joined the ABC Network as a network's State Department correspondent in 1999 and in May 2003 was promoted to Abc's senior national security correspondent. Besides reporting she has also written a book named "The Long Road Home: A Story of War and Family" which became New York Best Seller.

Martha Raddatz has been married thrice in her life. As of 2018, she is residing in Arlington, Virginia with her third husband Tom Gjelten who is also a journalist by profession. 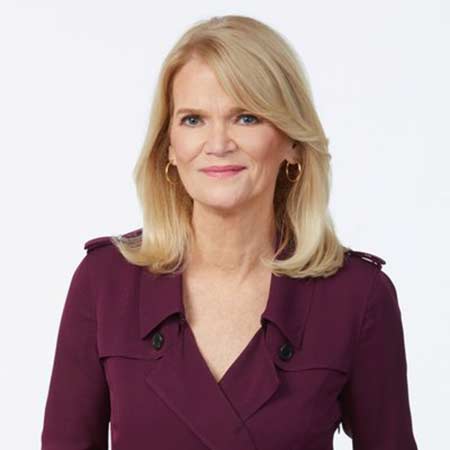 As for her schooling, she enrolled at the University of Utah but dropped out before graduating. Then she started working at a local station.

Martha Raddatz is professionally a reporter and correspondent who first worked with ABC News Boston as a chief correspondent. After some time, she joined the National Public Radio from 1993 to 1998 where she covered the news related to Pentagon. Then she became the system's state department journalist at ABC News and in May 2003 became ABC's senior National Security Reporter and started reporting from Iraq.

After receiving a tip about terrorist Abu Musab al-Zarqawi's location and his death, she became the first one to break this news to the world. Her associate channel ABC News got a major deal of recognition and limelight from her cover. In 2008 she was promoted to ABC's Senior Foreign Affairs Correspondent and has interviewed many big personalities. 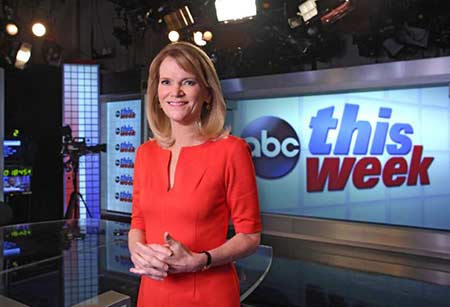 Raddatz worked as a moderator between Joe Biden and Paul Ryan at the Vice Presidential debate on October 1, 2012. In 2014 The Guardian magazine said Raddatz has many deep sources inside the defense department. She interviewed at the President-elect of the United States in the 2017 episode of the series, Homeland.

Besides she has also published a book named The Long Road Home: A Story of War and Family which became New York Times Bestseller. The book is about the Siege of Sadr City, Iraq, a blockage of the Shi'a district of the North Eastern Baghdad made by the US and Iraq forces.

The ABC reporter Martha Raddatz is estimated to have a net worth of $15 million by various online sources. Her major source of income is her career as a reporter and correspondent. She earns $2 million salary. Raddatz owns a house in Virginia and lives a lavish lifestyle.

Martha Raddatz has been married thrice in her life. As of 2018, she is residing in Arlington, Virginia with her third husband Tom Gjelten who is also a journalist by profession.

She first tied the knot to biographer Ben Bradlee Jr and from her first marriage, she gave birth to a daughter named Greta Bradlee. After her divorce, she then married to politician Julius Genachowski in 1991.

Their wedding was attended by ex-president Barack Obama since Genachowski worked under the Obama Administration. Raddatz shares a son named Jake Genachowski from her second husband.

She stands a height of 5'6" and has a well-maintained body. As for her physical appearance she has green eyes and light brown hair. She is quite active on her social media. On Instagram, she has 10.1k followers while she has a whopping 102k followers on her Twitter as of September 2018.

Martha Raddatz was firstly married to Ben Bradlee Jr. However the exact details of her marriage and divorce are not mentioned.

Martha Raddatz married Julius Genachowski after her separation from Ben Bradlee Jr. But like her first marriage, this marriage didn't last and they divorced in 1997.

The couple married in the year 1997 and live together in Arlington, Virginia, United States. They don't have any children together.

Jake is the second born child of Martha from her second husband, Julius Genachowski.