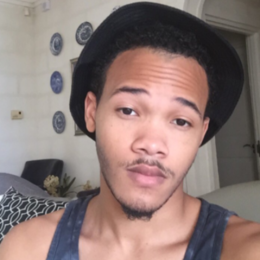 Rajad Fenty is famous as the younger brother of singing sensation Rihanna. He is a singer-songwriter and an actor. Rajad came to the limelight because of his association with the Fenty family.

Rajad Fenty - Father to a Child

Rajad Fenty is still an unmarried man. But it doesn't mean he is single. Rajad has been in a romantic relationship with his girlfriend Aron for four years. Rajadm as a caring boyfriend, does not lag in flaunting his chemistry on social media. 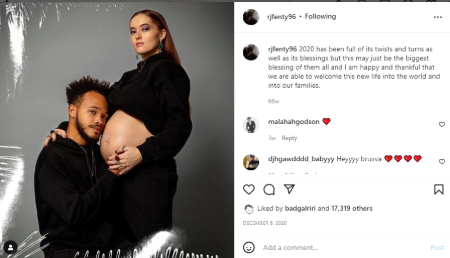 Rajad Fenty and his girlfriend have a child together. SOURCE: Instagram (rjfenty96)

Fenty recently welcomed the couple's first child, a son, in 2020. Rajad Fenty, brother to Umbrella hitmaker, uploaded a sweet snap of cradling Aron's pregnant partner and her baby bump. Both, Rajad and Arons are blessed to have a baby in their life. 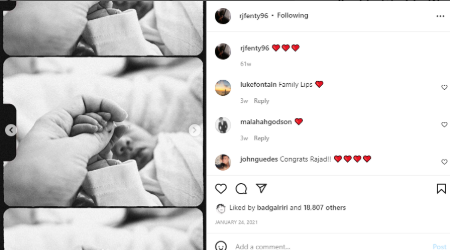 Rajad Fenty reportedly makes $459 to $765 per ad post. Earlier in Rihanna Fenty's career, Rajad would visit the sets of her music videos and shows. He met the Hollywood industry's big names, including Jay-Z.

Fenty's sister Rihanna has an estimated net worth of $1.7 billion and falls under the list of Forbes 40th wealthiest self-made women under forty. She bags a salary of more than $1 million annually. Apart from singing and contracts, Rihanna is paid well for brand endorsements.

As for sportswear Fenty, the singer upped sales at Puma when she was its music director. Rihanna's makeup line "Fenty Beauty" with luxury goods conglomerate was worth more than $570 million. In 2012, she founded the Clara Lionel Foundation to provide quality education and health service for underprivileged children.

The Barbadian singer prefers spending her millions on real estate, pieces of jewellery, and designer brands. She owns a $14 million Manhattan home and a $22 million Barbados real estate. In 2017, the starlet paid $6.8 million for a home advertised for $7.5 million in 2018.