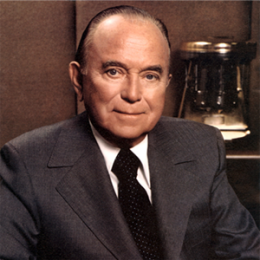 Ray Kroc was an American entrepreneur, known for expanding McDonald’s from a local chain to the world’s most profitable restaurant franchise operation. Kroc also utilized standardization to ensure that the McDonald’s food products to taste the same in all the outlets. He revolutionized the American restaurant industry with the new & developed operating and delivery system. On January 14, 1984, Kroc died of heart failure at the age of eighty-one and was buried at El Camino Memorial Park in Sorrento Valley, San Diego.

As a child, Kroc joined piano lessons and opened a lemonade stand and worked at the soda fountain which showed his interest in the business.

While studying at the grammar school, Kroc started earning extra cash by doing odd jobs at grocery or drugstores. Later he began selling lemonade at a stand outside his home. It was his first stint with the food business.

At the age of fourteen, Kroc, along with two of his friends, opened a music store, ‘Ray Kroc Music Emporium,' selling sheet music while Kroc played the piano. But, it closed down after a few months.

A few years later, Kroc returned to Chicago and at his father’s insistence, rejoined Lincoln School to complete his schooling. However, by then, he had new ideas, and therefore Kroc dropped out of school once again, ready to venture out into a real-world, earning his living.

At the age of seventeen, Ray Kroc began his career as a pianist at a nightclub and as a DJ at the local radio station in 1919. Subsequently, he held a series of jobs, selling everything from real estate in Fort Lauderdale to feminine accessories and embellishments.

Young, ambitious and hardworking, he traveled around the country, selling paper cups. Kroc took care of his customers’ needs and often kept in touch with them. His dedication listed him as one of the top salesmen of the company.

Kroc earned exclusive marketing rights of a mixture company and at the age of 31, gave up his steady job to form Prince Castle Sales. After the formation of the company, he sold 8000 mixers in a year.

In 1954, Kroc went to a restaurant in San Bernardino, California owned by brothers Dick and Mac McDonald; that reportedly needed number of his multi-mixers.

Kroc was impressed by the efficiency of operation, which rapidly catered to its customers by focusing on a simple menu of the burgers, french fries, and shakes. 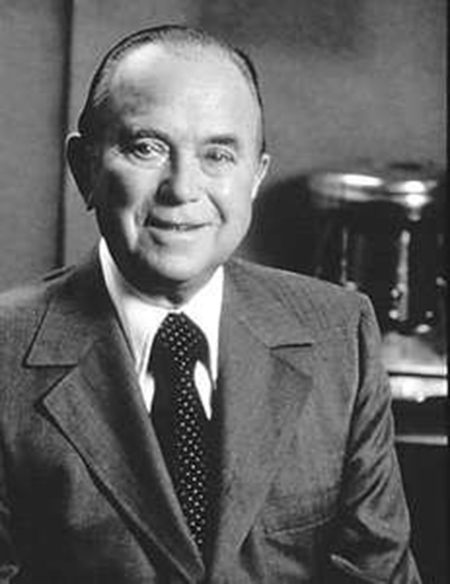 In 1959, McDonald's had opened the restaurant’s 100th franchise. However, he still wasn't getting significant profits.

Taking the advice of Harry J. Sonneborn, who became the McDonald’s Corp.'s first president, Kroc set up a system in which the company purchased and leased land to new franchises.

In 1965, Kroc became President of McDonald’s and began a training program for franchises owners, emphasizing the standardization of operations as well as automation.

Kroc made strict rules about the cooking procedure, size of each product, packaging, etc. so that McDonald's Hamburger's appreciation was the same all over the country.

In 1922, Ray Kroc first married his high school sweetheart, Ethel Fleming. The pair together has a daughter, Marilyn Kroc. They divorced in 1961.

Kroc again married for the second time with a secretary, Jane Dobbins Green, in 1963 and like his previous marriage it also ended in divorce in 1968. ­­­

Kroc was an alcoholic and also suffered from diabetes and arthritis. In 1980, after suffering a stroke, Kroc was admitted to a rehabilitation center for his alcoholism.

On January 14, 1984, Kroc died of heart failure at the age of eighty-one and was buried at El Camino Memorial Park in Sorrento Valley, San Diego. He is survived by his third wife, Joan.

"Nothing in the world can take the place of persistence. Talent will not; nothing is more common than unsuccessful men with talent. Genius will not; unrewarded genius is almost a proverb. Education will not; the world is full of educated derelicts. Persistence and determination alone are omnipotent."

Upon his death, his remaining $2.7 billion fortune was distributed among a number of nonprofit organizations in 2003. About $1.5 billion of his fortune was donated to The Salvation Army to build 26 Kroc Centers.

Upon his passing, his wife Joan Kroc acquired his fortune, estimated at $500 million. His wife currently holds every asset of Ray.

Kroc established the Ronald McDonald House foundation. He was a major donor to Dartmouth Medical School. A lifelong Republican, he believed firmly in self-reliance and staunchly opposed government welfare and the New Deal.

In 1922, Ray Kroc married his high school sweetheart Ethel Fleming. They had a daughter named Marilyn Kroc. The couple divorced in 1961

In the year 1963, Ray Kroc married Jane Dobbins Green, a secretary. The marriage ended in a divorce in 1968.

In 1969, he married Joan Beverly Smith nee Mansfield. They first met in 1957, while he was married to Ethel and Joan to Rowland F. Smith, a Navy veteran, and a McDonald's franchisee.