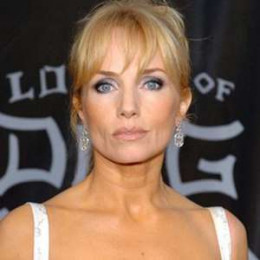 Actress and producer, Rebecca De Mornay is the daughter of Julie Eagar and Wally George, a conservative radio and television commentator.

She attended the independent Summerhill School. Rebecca began her film debut  in 'Francis Ford Coppola's' 1981 film 'One from the Hear.'In 2012, she played the role of Finch's mom in the movie 'American Reunion',  portrayed an attractive older woman.

Rebecca De Mornay was previously married to writer, Bruce Wagner on 16th December 16, 1986, and divorced in 1990. After her divorce, she engaged with Leonard Cohen, a singer. Rebecca dated Patrick O'Neal, a former actor, and current studio host/reporter for Fox Sports West/Prime Ticket. The couple has two daughters, Sophia (born on 16th November 1997) and Veronica (born on 31st March 2001.) Currently, she is single.

Rebecca De Mornay was previously to married Bruce Wagner, novelist and screenwriter on 16th December 16, 1986, and divorced in 1990.