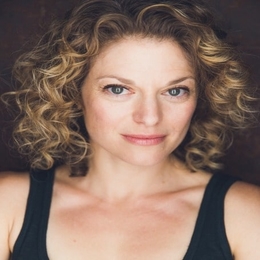 Rebecca Gibel is a New-York based actress and entertainer in the Hollywood industry, recognized for her performance in Joanne Biles in the sundance smash hit CODA (2021), The Plot Against America on HBO, Don't look up, NOS4A2, and Bridge and Tunnel. Gibel is a great performer, playwright, actress, and music lover; she has also contributed her life to acting in America and worldwide. She is a well-established Hollywood actress who gave voice to hundreds of characters in audiobooks for Disney, Dreamspace, and Harper Audio.

How did Rebecca Gibel become famous?

Award-winning actress and artist Rebecca Gibel, also known as Becky Gibel, was born and raised in Albuquerque. Later, she moved to New York to pursue her acting career and modeling in TV films and theatres. The Spenser Confidential famed actress has been interested in plays, drama, and pieces of music from the beginning of her career.

With  Gibel's dreams in her eyes to become a successful actress in the American industry, she graduated MFA from Brown University as a student in the Trinity Repertory Acting program. She also holds a BA degree from the College of William and Marey, where the hardworking actress tried to balance her career and education. Moreover, after giving solid performances throughout her acting career, Gibel is now a member of the Acting Company at Trinity Repertory, where she began her early career in plays and Seattle's The William Project. 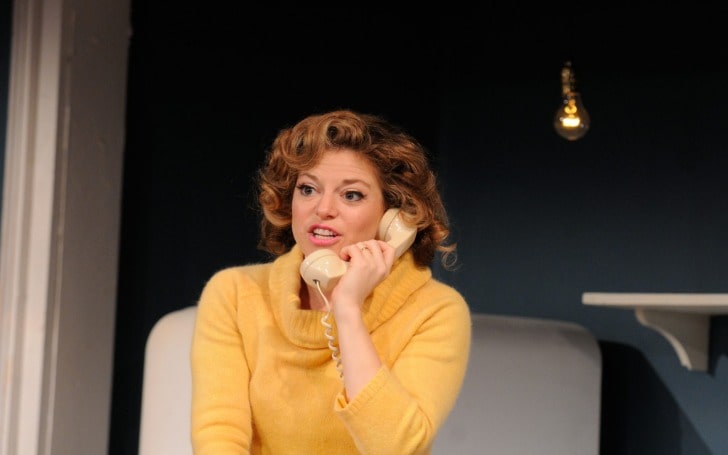 Rebecca Gibel is a veteran actress in the US.  SOURCE: Trinity Rep

The versatile actress has proved her excellence through her natural acting in films like the recently released Oscar-winning movie CODA (2021), American Woman, Blue Bloods, and Shadow Walkers. She is a professional drama play artist and performs various characters in the drama. The actress can be heard on audio platforms as she is a voice-over artist and sound narrator of digital audiobooks for Audible Inc, Disney, Dreamspace, and so on.

Who is Rebecca Gibel Dating?

Like every celebrity, Rebecca prefers to keep her personal life away from the media attention. The famous actress is not dating anyone, according to media sources. Gibel is more focused on her career and projects heading into the future. Currently, the actress is fascinated with her arts of work and creation through her masterpiece characters in the movies. She always tries to improve her performance with dedication and hard work though reaching the peak of her career. 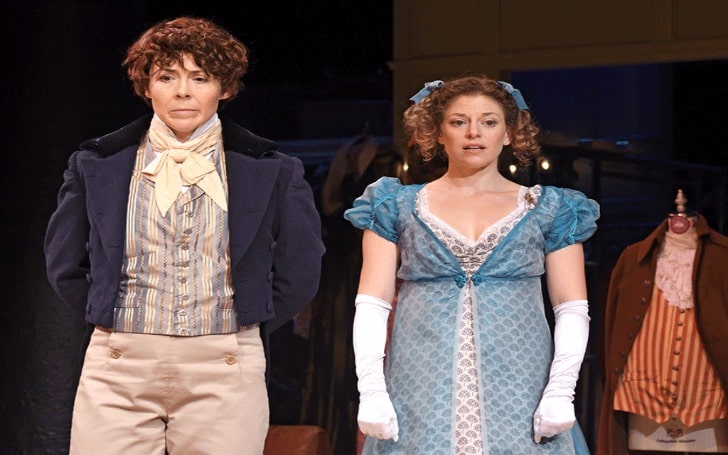 Rebecca Gibel and her co-actor sharing the stage in the drama SOURCE: Trinity Rep

The actress may have had at least one relationship, but she has never disclosed it in the media. The star is more focused on her career, making beautiful life with her hardworking projects, which we can speculate with her performances in every series.

Reportedly from the various media sources and online platforms, the beautiful actress Rebecca Gibel is married to an American actor, comic actor, and playwright, Charlie Thurston, known for his role in the movies  Julia, Money Monster, and Life Itself.

There is no exact information about the marriage date of the couples; however, the pairs have appeared in many dramas and TV series with each other association. The real-life partners Rebecca and her husband Charlie Thurston played as newlyweds in Trinity Rep's Barefoot in the  Park though they played comic roles in various dramas.

Check out the video to learn about the couple's video.

Gibel decided to exchange vows with her co-actor and companion, Charlie Thurston, and spent the rest of her life with him with trust and faith. The actors reportedly worked in the same film academy and became real-life couples after they fell in love while working in the plays and movies.

The happily wed duo never disappoints their fans with their joined appearance in dramas and series; they are passionate about their acting career, respect each other's work, and promote their projects online. With a flourishing career on one hand and a happy married life on the other, she is trying to balance both lives to the best she can.

How Wealthy is Rebecca Gibel?

Rebecca Gibel is a renowned name in the acting industry as she is one of the most popular actresses of her generation till now. Gibel is a high-paid actress known for her luxurious lifestyle and popularity in New York. Her primary source of earning is acting in films, dramas, and series.

Besides acting, she is a professional voice-over artist narrating stories online through her bold and confident voice, where she has a good income. She also hosts online platforms and gives interviews for the shows. Her estimated net worth is $1 million, which is expected to rise shortly. Her wealth is the same as her Bride and Tunnel cast member Sam Vartholomeos who also has a $1 million net worth.

The New York-based actress has created a buzz in the media of her attractive appearance and beauty. The talented lady Gibel is 5 feet 8 inches tall with a fit and healthy body type. She weighs around 56 kg, follows a proper celebrity diet, and exercises daily.

Gibel motivates her fans toward a healthy lifestyle through her handle on Instagram, with over 2k followers. The actress has mesmerizing black eyes and a white skin tone with reddish-brown hair inherited from her parents. Her beauty gives tough competition to today's generation of actresses in the US.

The music lover and creative artist, Gibel has immense popularity on her social media accounts, where she endorses many products and promotes her projects. Besides professional work, Gibel posts her quality time with her friends, family, and husband. She enjoys her life to the fullest and inspires every other woman to become independent in their field. As an art lover, she respects every creation and artwork and praises them through her posts and pictures. 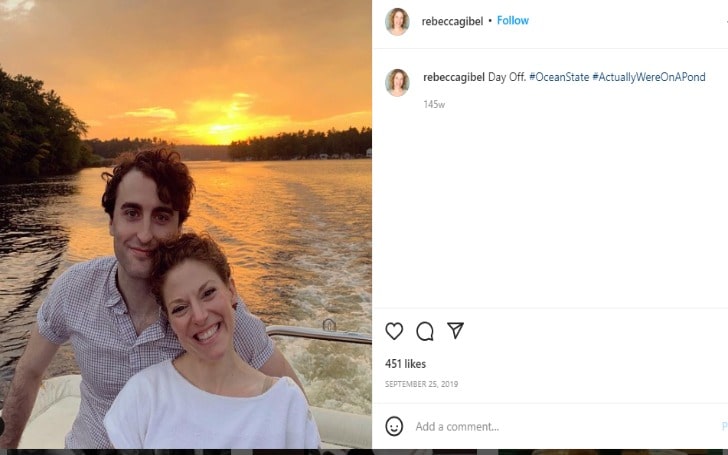 The Law and Order famed actress has over 2.4 k followers with more than 740 posts on Instagram with the official site @rebeccagibel, where she engages her audience with her works and her official dream series. People love her as an actress and performer; she is a role model and inspiration for many upcoming raw artists.

For the latest news and gossip about celebrities, please check out Marriedwiki.