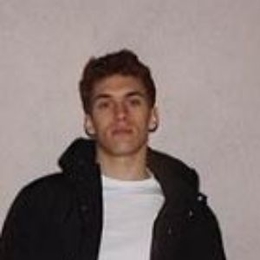 Sam Vartholomeos is a growing actor in the US and is best known as the cast in TV series like Star Trek: Discovery and Law & Order Special Victims Unit. He debuted as an artist in his first TV series, Bull, in 2017.

Though Sam Vartholomeos is the leading growing actor in Hollywood, he has successfully kept his personal life under the radar. Sam is not a married man; he is allegedly single and remains away from the media attention when it comes to his love life. 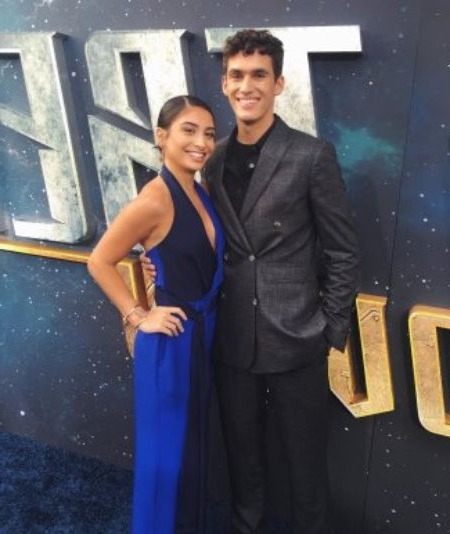 There are no accurate details about his relationship, nor has Sam confirmed his lady love currently. The film star is more dedicated to his professional life and arts to make his performance more impactful to his viewers and not disappoint them with his brilliant acting in the series.

Vartholmeous is always down for an exciting, adventurous experience that gets him a good adrenaline rush. He often goes out of his comfort zone to perform recreational activities like sky diving.

For two years, Sam Vartholomeos was in a romantic relationship with his ex-girlfriend, Toni Takos. The former duo was humble enough to let the world know about their personal life. 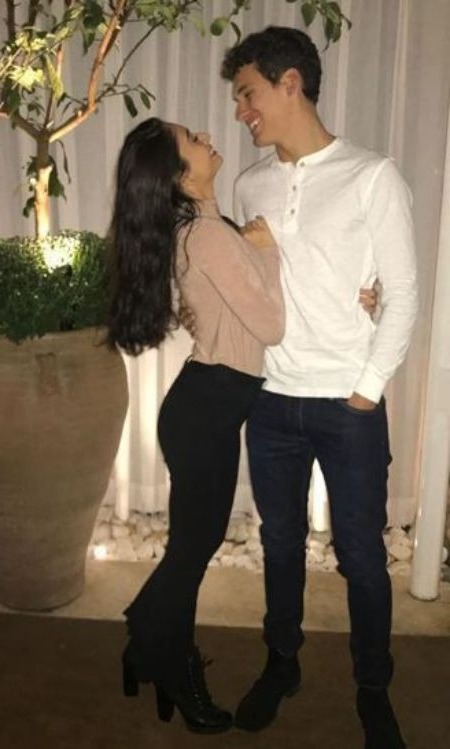 Source claim that Sam started dating Toni in 2016, but her love made Instagram in 2017. On May 7, 2018, Sam celebrated his ex-girlfriend's second anniversary. Together with Toni, the Star Trek actor had gone for Kick Axe Throwing in the same year.

By profession, Toni is a professional dancer. Like Sam, she belongs to the entertainment field, and their busy schedule might be the reason behind their breakup. Also, Sam's family members have been a robust support system for him throughout his professional career, and the top of his priority list is always his family.

Sam Vartholomeos - What Are His Famous Works?

The Queens, New York City-born actor hasn't just received media attention for his acting career and won many's hearts from his contribution to the entertainment fraternity. After gaining much success in television series, he landed the role of Eli Hartley in the Law & Order Special Victims Unit. 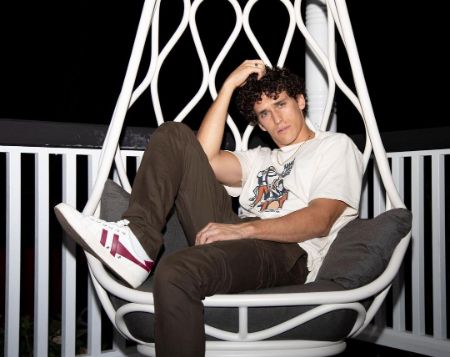 Sam Vartholomeos is known for his role in Star Trek. SOURCE: Instagram(@samvartholomeos)

Sam is famed for his performance as Danby Connor in the CBS TV series "Star Trek: Discovery" in 2017. His acting credits include The Following and The Secret Life of Walter Mitty.

Before becoming a well-recognized actor, Hollywood heartthrob initiated his acting career via commercial work. Soon, he had a guest role on "Bull" in the portrayal of Adam Harris. Recently, Sam landed a role in the television series "The Crowded Room" in 2022 and played Mike.

Apart from that, Sam has also been part of TV series like Paltrocast with Darren Paltrowitz, In House-Con, and After Trek. Everyone in the audience praises Sam's romantic side and chemistry with his co-actresses. He has worked in over eight films and TV series.

What's the Net Worth of Sam Vartholomeos?

Sam Vartholomeos is famous for his luxurious lifestyle and is one of the well-paid actors in the American industry, where he played several supporting guests and lead roles in movies, TV films and series.

Check out the video of Sam Vartholomeos talking about his first car.

According to the source, Bridge and Tunnel on EPIX star's first car was a 2019 Toyota Carolla. He later sold the car and now drives a 2019 Subaru WRX. All the fame and property Sam earned playing the roles in the film and television series accumulated her networth of $1 million.

Among his latest project, Vartholomeos' new series, " Bride and Tunnel", set in the 1980s, is about collecting graduates pursuing their dreams in Manhattan, and it's not easy when your family doesn't understand. The celebs got along well with his co-stars Caitlin Stasey, Jan Luis Castellanos and Gigi Zumbado.

Further, the Swipe Monster cast joined Twitter on February 2017 and has 3.6k followers. The young actor shares his daily activities and movie clips and promotes his projects on his social media handle.

Stay updated with Married Wiki for exciting biographies and articles of celebs.