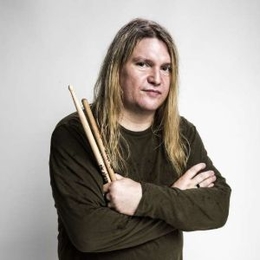 Reed Mullin was an American musician who was the drummer for the metal band Corrosion of Conformity. He also worked as a part-time songwriter and vocalist for the group. Other than COC, he was the co-founder of the hardcore punk band, Teenage Time Killers.

At the time of his death, the C.O.C. metal band member was not in any relationship with anyone and was single. He lived a pretty low profile life and was not active on social media platforms, which is why there is relatively less information about his love life.

In a 2017 interview, however, Reed revealed he was a married man before and was in matrimony with Ashley before he was playing for C.O.C. He further said his former partner was from North Carolina, and the two were in wedlock for a long time. 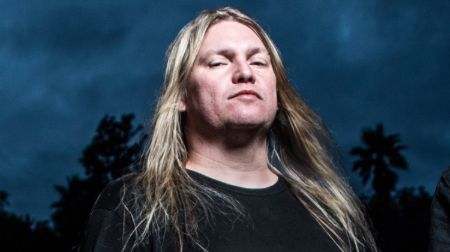 Reed Mullin was not in any relationship at the time of his death. SOURCE: Revolvermag

Mullins did not speak on the details regarding when he tied the knot and when he divorced with his former spouse. Now he is no longer alive, and we might never fully apprehend more about his past personal life.

Besides his marriage with Ashley, there is no news about Reed's love life in the media.

Many are already aware of the fact that musician Reed Mullin is no longer with us. The talented drummer died on January 21, 2020. He was 53 at the time of his demise. The exact cause of his death is still not learned. 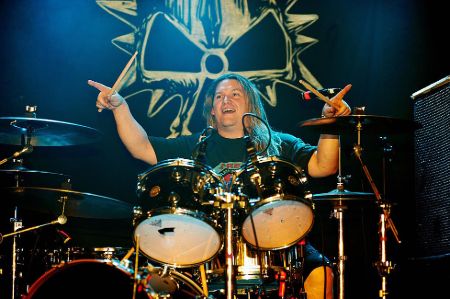 Reed Mullin was the drummer and one of the founding members of Corrosion of Conformity. SOURCE: Loudwire

After the news of his death came out, many punk and metal musicians started to give their tribute and condolences on social media. His band "Corrosion of Conformity" also paid tribute with a post on Twitter which said:

"It's with heavy hearts that we say goodbye to a friend, a brother, and pioneer. Reed, you are loved and always will be. Let's all take a moment..."

The drummer had shown a few health problems in the past. In 2016, when he was on Corrosion of Conformity tour, he suffered a seizure after intaking a large amount of alcohol. After the incident he was pulled out from the tour with his band member Mike Dean stating:

"We will not enable Reed to continue killing himself on our watch. Again we ask everyone for prayers for Reed and understanding for our predicament. All the best to everyone and Reed get help."

A few days later, Mullin rejoined the band for a gig in Winnipeg. In March 2018, Reed revealed he was struggling with his knee pain for two years and underwent knee replacement surgery.

The death of Mullin is a sad loss to the music world and his fans will miss him dearly. "Corrosion of Conformity" is now left with only four members: Woody Weatherman, Mike Dean, Pepper Keenan, and John Green. The band is slated to begin their tour in February 2020.

Check out the clip of Reed Mullin playing drum for his band "Corrosion of Conformity"!

During his time as a member of the renowned band, the group released songs such as "Vote with a Bullet," "Albatross," "Broken Man," "Clean My Wounds," "Seven Days," "Congratulations Song," etc.

As one of the popular music bands of the 1980s, there is no doubt Reed made a good sum of money from his career.

Late American Corrosion of Conformity drummer, Reed Mullins was in a marital relationship with Ashley Mullins.