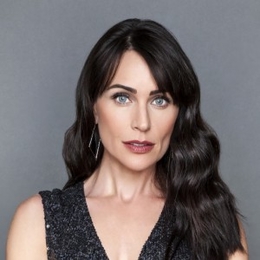 A Daytime Emmy Award-winning actress Rena Sofer gained fame after her portrayal of Lois Cerullo in the series General Hospital. For her role in the series, she further won the Soap Opera Digest Award. Since 2013, Sofer appears on the series The Bold and the Beautiful as Quinn Fuller.

Divorce With Her First Husband

Criminal Minds cast, Rena Sofer was first married to Wally Kurth. The couple first met on the set of General Hospital. Later, they began dating on the off-screen. 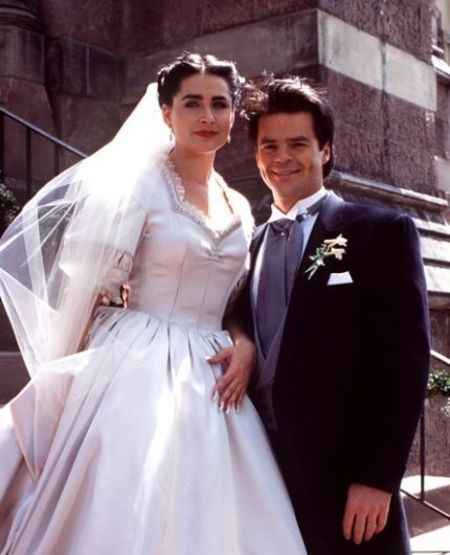 A few years later, on 31st March 1995, Sofer and her then-lover Wally walked down the aisle. Sofer looked stunning in a beautiful white gown, whereas the groom wore a black tuxedo and a white shirt with a tie.

After the marriage, Sofer became the step-mother of Wally's daughter Meghann Kurth. Similarly, the couple also shares a child from their conjugal relationship. On 17th September 1996, the pair welcomed their daughter Rosabel Rosalind Kurth. 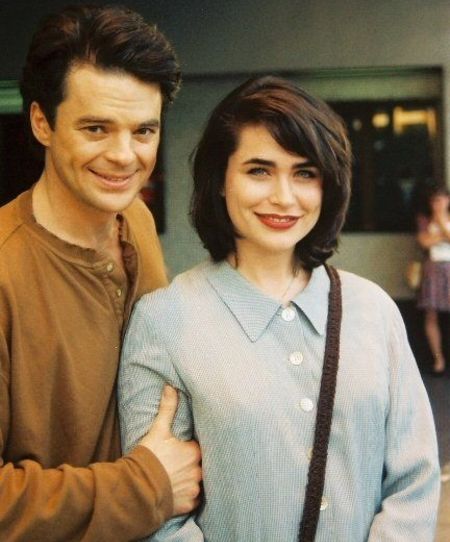 Unfortunately, even being the parents of a child, the duo failed to continue their relationship. Sadly, the pair parted their ways after a year of the birth of their child in 1997. However, the actual reason for their divorce is still a mystery.

Re-engaged To Her Ex-husband Sanford Bookstaver

Just Shoot Me! actress Rena Sofer began dating her second husband, Sanford Bookstaver, after moving on from the divorce with her first partner. Sanford is a director and producer. The lovebirds engaged in 2002. 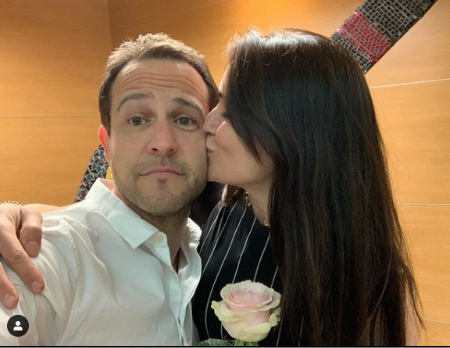 Likewise, the couple decided to take their relationship to the next step and tied the knot on 18th May 2003. Their wedding was further featured on the February 2004 issue of InStyle Magazine. The husband and wife are blessed with a child from their relationship. Sofer gave birth to their daughter Avalon Leone Bookstaver in 2005. 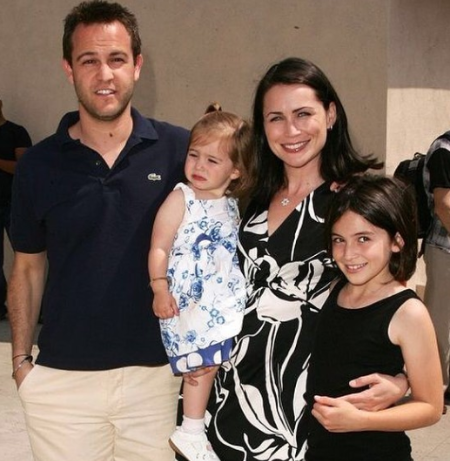 Nevertheless, Sofer and Bookstaver divorced in 2016 after 14 years of their nuptials, but they remained friends. Further, they co-parented their daughter.

Here we have good news, that Two and a Half Men actress is again hooked up with her ex-spouse Sanford. On Valentine's day, Sofer said via Instagram, "Sometimes you are lucky enough to find the man of your dreams all over again." 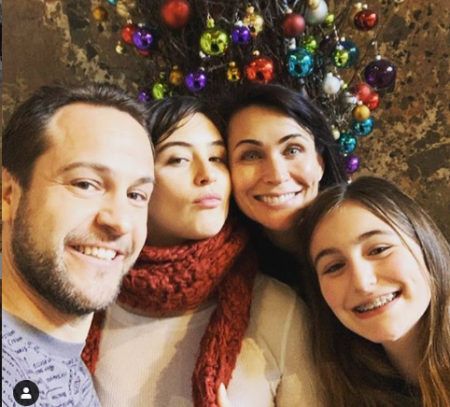 Rena Sofer with her husband and daughters SOURCE: Instagram (@rena.sofer)

Moreover, the lovebirds are on the path of re-marrying as they are again engaged. On 20th April 2019, the actress revealed that she is engaged to her former husband. 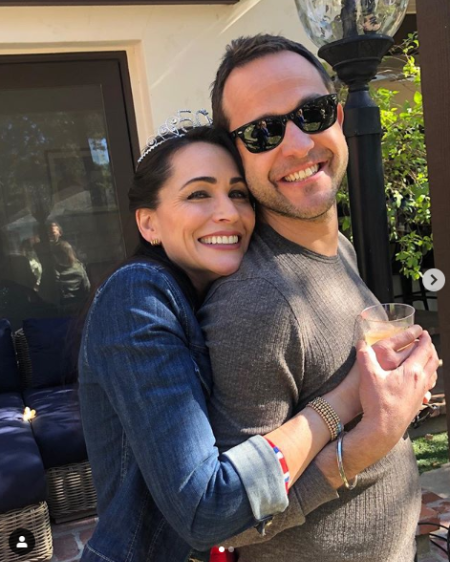 She captioned the picture;

What a weekend I’ve had!! HE ASKED ME AGAIN AND I SAID YES!!! @sbookstaver I have spent almost 19 years of my life with you and am so happy to spend the rest of my remaining years on this earth by your side. While I don’t recommend divorce as a marriage counseling tool, it sure worked for us! I love you more than anything!!!! P. S. My proposal to come...#cartierlovebracelet #noringnecessary #loveisforever #secondchances

She shared a beautiful photo of herself and her soon-to-be husband, Sanford, on her Instagram. Sofer further shared a picture of a bracelet. 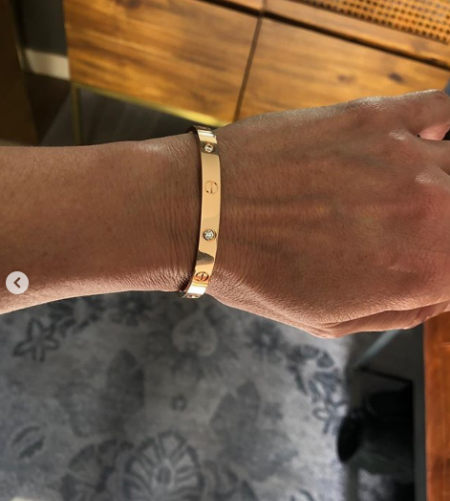 Rena Sofer shared a picture of the bracelet on the occasion of engagement with her ex-husband SOURCE: Instagram (@rena.sofer)

As the couple is already engaged, they haven't mentioned the plans for wedlock. Maybe they will soon give the happy news to their well-wishers.

Rena Sofer Is Worth Millions!

The beautiful and talented actress, Rena Sofer, has earned a wide name and fame from her outstanding performance on the screen. Along with it, she also makes a good income. Sofer's net worth is $3 million as of 2019. Further, she probably receives an average salary of an actress in the United States, which is around  $56423 per year.

Sofer starred in the series General Hospital alongside Donnell Turner, Wes Ramsey, Laura Wright, and others. Her co-stars Wes and Laura hold a net worth of $2million and $10 million, respectively. Furthermore, she is also the regular cast of The Bold and the Beautiful, and for her portrayal, the actress probably receives a good payroll. 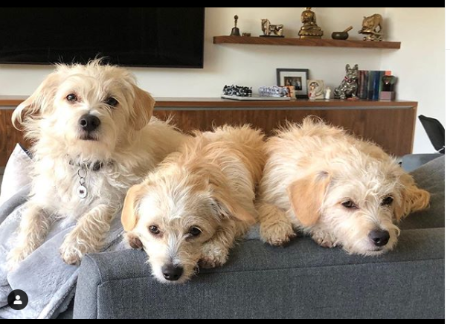 Besides, Sofer is an avid animal lover. She rescues different animals, mostly dogs and cats. She owns dogs of various breeds like Norfolk Terrier, Maltese, and others. The puppy of Norfolk Terrier costs around $2000 to $3000, and that of Maltese is worth around $2,000.

An American actress Rena Sofer married her husband Wally Kurth in 1995 but the couple divorced in 1997.

Rena Sofer married her husband Sanford Bookstaver in 2003 but they divorced in 2016. They again engaged in 2019.

Rosabel Rosalind Kurth is the daughter of Rena Sofer and her ex-husband, Wally Kurth.

Avalon Leone Bookstaver is the daughter of Rena Sofer and her current husband Sanford Bookstaver.