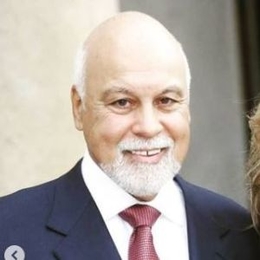 Rene Angelil was a Canadian singer-turned-manager, director, and former singer. Besides, he is popular for being the late husband of the massively successful singer Celine Dion & for managing her music career & launching his wife to stardom.

Rene Agelil first met his then-future wife Celine Dion when she was just 12 years old. At this age, Celine sent Angelil her demo tape. After years of working together, Celine developed feelings for Rene but was afraid that others would judge their relationship. The pair secretly began a romantic relationship when Celine was 20 years old. 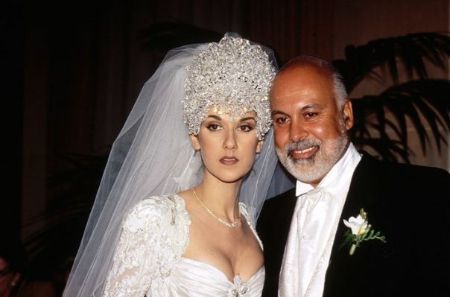 Rene Angelil married Celine Dion in 1994 and renewed the vows in 2000. SOURCE: Pinterest

After falling madly in love in the year 1991, Celine and Rene announced their much-awaited engagement. After three years, the two decided to start their life as husband and wife. Despite criticism from the public & media of their huge age gap, the duo made their marriage work and remained happily married for 21 years until Rene's unfortunate passing.

Well, the lovebirds eventually walked down the aisle in 1994 in an extravagant wedding costing about half a million at Montreal's Notre-Dame Basilica Church. Angeli and Dion renewed the vows in 2000. For the big day, Celine wore a tiara consisting comprised 2,000 crystals to match her pearl-embellished silk gown. Interestingly for the fans, the wedding got broadcasted live on Canadian television. 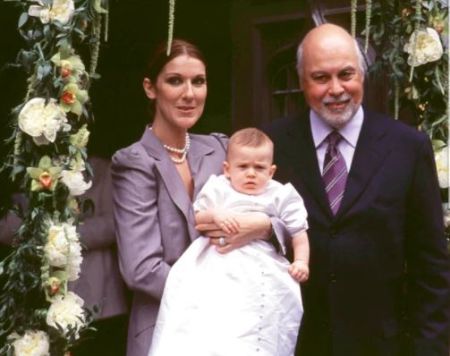 Rene Angelil with his wife Celine Dion at the christening of son Rene Charles in 2001. SOURCE: Getty Image

After Angelil got diagnosed with cancer in 1999, the couple turned to in-vitro fertilization. Rene-Charles Angelil, the first son, was born on January 25, 2001. In addition, Dion also suffered a miscarriage and lost a child in 2009, and gave birth to a healthy twin boy on October 23, 2010. The boys were named Eddy Angelil & Nelson Angelil.

Celine Dion wasn't Rene Angelil's first wife, as Rene previously tied the knot with Denyse Duquette in 1966. From the relationship, they had a son, Patrick Angelil, born in 1968. But, Rene and Denyse Duquette ended up in divorce in 1970. 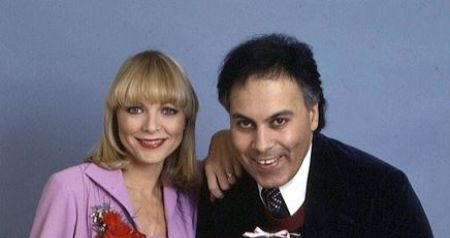 Following the divorce, Rene married for the second time Anne Rene, a Canadian pop singer, in 1973. The couple welcomed two children into the world - Jean-Pierre Anelli, born in 1974, and Anne-Marie Angelil, born in 1977, before filing a divorce in 1986.

In 1999, Rene was first diagnosed with throat cancer. At the age of 73, on January 14, 2016, two days before his 74th birthday Rene Angelil passed away from cancer which became terminal in 2015. Besides, Aneglil also suffered a heart attack at the age of 49. 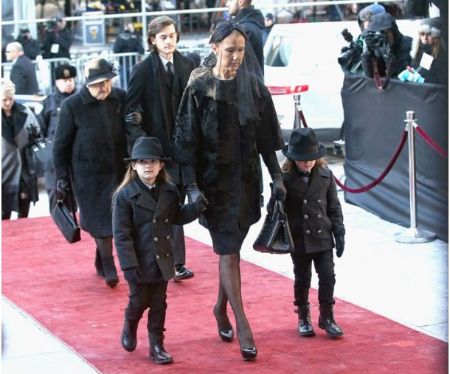 Apart from this, Rene's funeral took place at Notre Dame Basilica on January 22, 2016, and he was buried at the Notre Dame des Neiges Cemetery. When Angelil's passed away, Celine became the sole owner & president of various production companies like CDA Productions and Les Production Feeling, which the couple operated together.

How Rich Was Rene Angelil?

Rene Angelil began his career as a pop singer in Montreal during the early 60s. Rene was part of the pop-rock group Les Baronets and released several hits. Alongside his best friend Guy Cloutier initially, Rene started managing artists like Rene Simard and Genetto Reno.

Check out the video of Celine Dion sharing a touching moment with her late husband Rene Angelil below.

But, after being fired by Ginette in the early 80s. Rene came across Celine Dion's demo tape by chance when Dion was looking for a producer. Rene immediately became her agent & help her throughout the rest of her career as her manager. To finance her first album, Angelil even mortgaged his first house.

Rene continued to act as Rene's manager until 2014 when the manager was forced to step down due to health problems. According to Celebrity Net Worth, Rene Angelil had an estimated net worth of $400 million at the time of his death. Besides being Dion's manager, Angelil was also engaged in a business venture as the co-owner of Schwartz' Deli. Apart from this, Rene is recognized as a professional poker player and has earned a whopping $827,268.

Denyse Duquette is the first wife of Rene Angelil with whom, he tied the knot in 1966. But they ended up in divorce in 1970.

Anne Rene, a Canadian pop singer, is the second wife of Rene Angelil. The former lovebirds exchanged the vows in 1973. But they filed a divorce in 1986.

Celine Dion, a massively popular singer, is the third wife of Rene Angelil. Their marital bliss ended with Rene's passing in 2016.

Patrick Angelil is the first child of Rene Angelil with his first wife, Denyse Duquette, born in 1968.

Jean-Pierre Anelli is the second child of Rene with his second wife, Anne Renne, born in 1974.

Anne-Marie Angelil is the third child of Renne Angelil with his second wife, Anne Renne, born in 1977.

Rene-Charles Angelil is the fourth child of Rene Angelil, shared with Celine Dion, born in 2001.

Eddy Angelil is a twin son & fifth child of Rene Angelil shared with Celine Dion in 2010.

Nelson Angelil is a twin son & sixth child of Rene Angelil shared with Celine Dion in 2010.