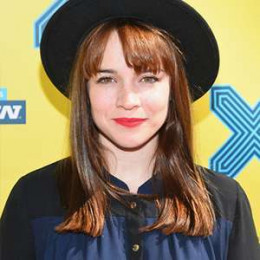 She studied at Patchogue-Medford High School. Also, she attended  Tisch School of the Arts at New York University.

Smith worked as the Social Media Ambassador for CBS for the ACM Awards on 3rd April  2016. In May 2015, she won the SET Award for Portrayal of a Female in Technology.

In April 2014, Smith starred as Frankie in Code Academy, a short sci-fi production in which young men and women have kept apart until a certain age.

Renee Felice Smith first appeared in a national TV commercial for 'Danone yogurt' at the age of six. On 1st March 2017, she worked in the episode of 'It's Always Sunny 'in Philadelphia titled called "A Cricket's Tale".

In April 2015, Smith starred in and produced the short film entitled 'Baby,' premiered at SXSW Film Festival. In 2012, she co-creating a children's book series based on her French bulldog named 'Hugo'.

Smith has an estimated net worth of about $4 million as of January 2019.

Smith is maintaining her relationship low profiled. She is most probably single at present.

Though she has no boyfriend at the moment, she has a good relationship with her friends.