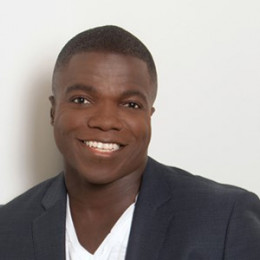 Reno Wilson, 48, is an American actor, voice artist, comedian, and a producer. He is known for his roles as Officer Carl McMillan in an American sitcom, Mike & Molly. He has provided character voices in the Transformers film series as well.

Wilson was born as Roy Wilson on January 20, 1969, in Brooklyn, New York City. He holds the American nationality and belongs to Afro-American ethnicity. His birth sign is Capricorn.

His parents were divorced when he was young. He suffered a lot in order to build his strong career.

Wilson has featured in a number of movies and television programs. He first appeared on the NBC’s show The Cosby Show. He portrayed the role of Theo Huxtable’s college friend Howard during the season 5 and 6 of the series.

Furthermore, Wilson appeared in Crank and Crank: High Voltage, an American black comedy action film. He was the main cast member on the CBS sitcom, Mike & Molly. He has also acted in Prison Break, a serial drama created by Paul Scheuring.

Reno Wilson is married and has two children. He tied the knot with Coco Fausone Wilson, a famous dancer. The duo shares a good bond with each other. They were blessed with two children, a daughter, and a son.

Wilson currently resides in Los Angeles with his wife and children. Apart from acting, she is involved in doing rigorous gym workout as well. He is also passionate about sports loves watching football.

Wilson has an astonishing net worth of $1 million as per some online sources. He is living a luxurious lifestyle along with his wife and two children.

Reno Wilson, an American actor is married to a high school dance teacher, Coco Fausone. The couple walks around 28 miles per week together and shares a good bond with each other.