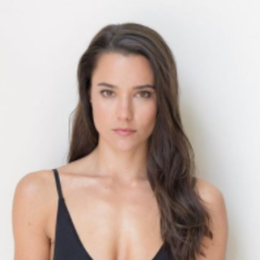 Rhiannon Fish is an Australian actress best known for playing April Scott on Home and Away, As the Bell Rings, and Neighbours. In 2016, Fish participated in Season 13 of Dancing with the Stars and made recurring role in The 100 as Ontari.

Home and Away cast Rhiannon Fish is seeing The 100 co-star Richard Harmon since June 2019. She indeed met the handsome Harmon on the set of The 100. The lovebirds confirmed her relationship with actor Richard Harmon on 10 July 2019 via Instagram post.

The brown-haired actually revealed being in a relationship a few months after dating rumors. The Australian actress shared a photo of the two sharing a kiss and captioned, "The Most magical evening with this above average man."

Rhiannon and Richard were first pictured together on Instagram on April 2-19 regardless of the fact they had been sharing screens since 2016. Two days before Rhiannon's announcement, Richard posted a throwback snap of the two at his sister's wedding with the caption "Miss this wonderful lady." However, Richard is yet to pop the question to his girlfriend and it appears that the actors are not ready to move onto the next step of their relationship yet. 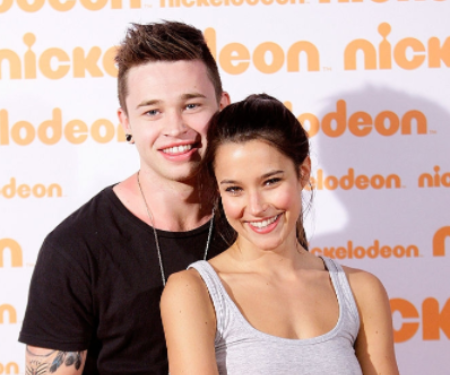 Before Harmon, Fish dated Australian Home and Away co-star Lincoln Lewis, between 2010 and 2012. Following the breakup, Rhiannon went on to date Reece Martin in late 2012. Sadly, they broke up in 2015 after the starlet switched to Los Angeles to chase her Hollywood dreams.

Actress Rhiannon Fish possesses an estimated net worth of $1.5 million earned from her career as an actress. She receives a payroll of AUS $40,000 to $209,000 per annum, which is the average salary of an Australian actress.

Rhiannon made her television debut at age eleven when she starred in Neighbours. Later on, she portrayed Rocky in the Australian Disney Channel series As the Bell Rings. Not to mention, in 2021, Fish played the role of Tenley Sweeney on A Love to Remember. Similarly, she was also cast member on other movies including Aurora Teagarden Mysteries: How to Con a Con where she played the role of Melissa Needham, The 27-Hour Day where she appeared as Ayla West and Journey of My Heart where she played Abby.

In 2008, Fish made a guest appearance in the feature movie Playing for Charlie. Likewise, in 2010, the brown-haired was enlisted under the Most Popular New Talent Logie Award.

In 2012, Fish featured in the music video for Mastin's single Shout It Out. Followed by Home and Away in 2013, the Calgary native joined season 13 of Dancing with the Stars winning second place behind Cosentino.