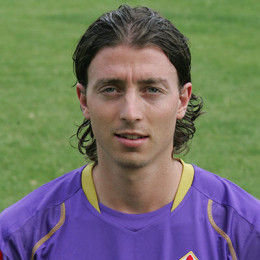 Riccardo Montolivo is a well talented Italian football player who currently plays for Italian National team and is the captain of the club AC Milan. He is regarded as the versatile player who is capable of playing anywhere in the midfield with excellent attacking roles. At the age of eighteen, he started his career and debuted in 2003. He is of mixed ethnicity, his mother is German whereas father is Italian. He also has a brother who is a lawyer by profession.

He is married man who married a professional model of Playmate magazine. They dated for a long time and finally got married. Since 2005, they knew each other. They are happily married couple having perfect time with each other. They are often spotted together during their weekend and seems to have a good understanding among each other. This couple does not have any children. He was rumored for his football transfers recently and supposed to move to Arsenal.

She is a famous Italian Model who works for the playmate magazine. They knew each other since 2005.