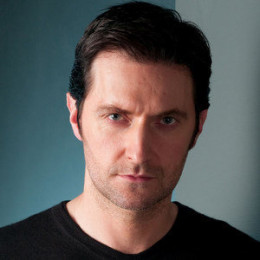 Richard Crispin Armitage is a British film, theatre, television and voice actor, noted for for his portrayal as Dwarf prince and leader Thorin Oakenshield in The Hobbit and Francis Dolarhyde in Hannibal. Some of his film credit includes Sparkhouse, TV drama Robin Hood, The Vicar of Dibley and many more. He studied and graduated from the London Academy of Music and Dramatic Art (LAMDA). He was born to Margaret Armitage and John Armitage, an engineer.

Accounting his personal life, he is yet a bachelor as he hasn't found that special person in his life with whom he can trust blindly and live rest of his life with happiness and joy. It's not like he hasn't dated anyone till date, as he was once in a relationship with a gorgeous British actress in 2013. Currently, he is single. We can stay connected and know him better by simply following him on Twitter @rcarmitage.