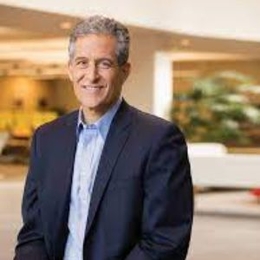 Richard Besser is the president and CEO of the Robert Wood Johnson Foundation (RWJF). He earned that position in April 2017. Besser was the former acting director for the Centers for Disease Control and Prevention and ABC News' former chief health and medical editor.

Richard Besser is a married man. He has been blissfully married to the popular food writer, Jeanne Besser since the nineties. Besser and his beloved wife tied the knot in a private wedding ceremony attended by shortlisted friends and family. Moreover, Mr. and Mrs. Besser married in June 1993. 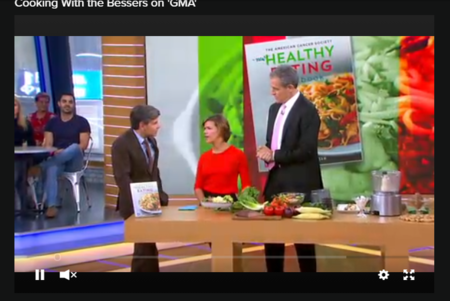 Richard even shares two sons including Alex Besser and Jack Besser with his wife, Jeanne Besser. But, being a wealthy and renowned personality, Besser rarely talks about his family in public for privacy concerns.

In addition, Besser also appears on "Cooking with Besser," a reality show along with his wife, Jeanne. The show airs on ABC GMA. All in all, Richard and his "5"30 Challenge" writer wife and two sons live in Atlanta, Georgia.

Richard Besser's net worth is estimated to be around $1 million, of 2021. Similarly, he generates a good source of income from his career as the Robert Wood Johnson Foundation's CEO. In addition, he owns the largest private foundation in the country based on improving the nation's health. 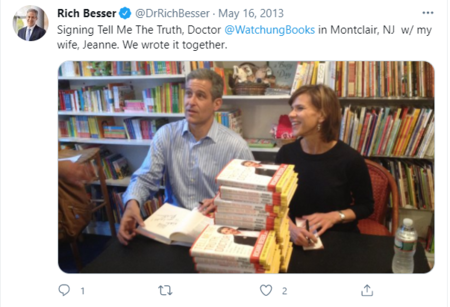 Richard Besser signs Tell Me The Truth, alongside his wife. SOURCE: Twitter

AT RWJF, his work is focused on building a comprehensive Culture of Health that provides everyone in America with a fair and just opportunity to the standard life possible.

For his role, Besser is known for his leading voice on the importance of health equity. He also advocates for racial justice, full inclusion of people with disabilities, and a covid-19 response and recovery while also prioritizing the groups that were most affected.

The father of two has earned numerous awards for his work in public health and his volunteering service. He is currently also a member of the National Academy of Medicine. He achieved the Surgeon General's Medallion for his leadership and efforts for his role.

In 2011, Richard won the Dean's Medal for his contributions to public health from the Johns Hopkins Bloomberg School of Public Health. His investigative reporting into umbilical cord blood bank garnered an Emmy in the same year.

Richard Besser is happily married to food writer Jeanne Besser, It seems like the two have been married for more than two decades.

Alex Besser is the first child of Richard Besser and Jeanne Besser. Alex has a brother named Jack.

Jack Besser is the second child of Jeanne Besser and Richard Besser. Jack has a sibling named Alex Besser.